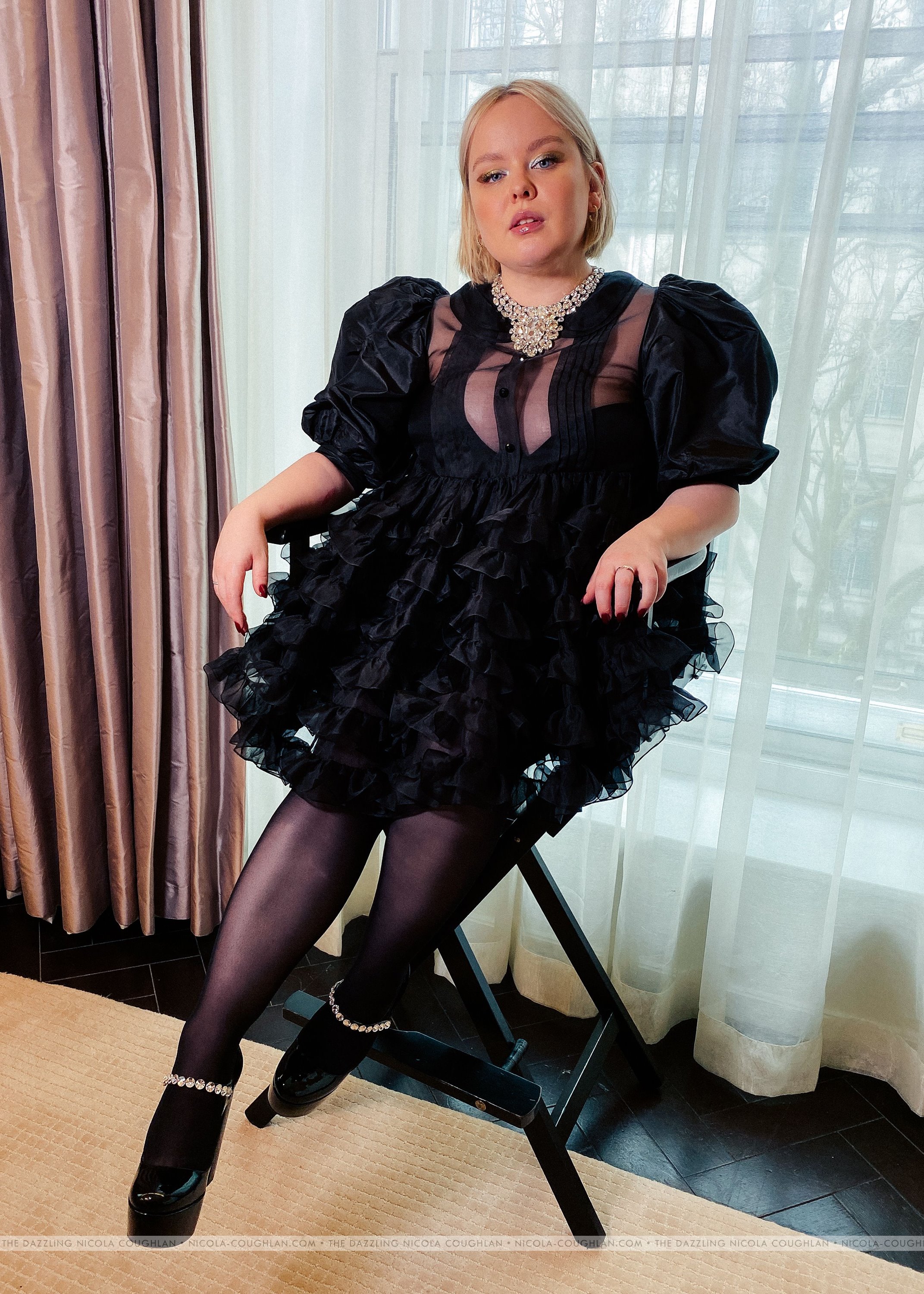 Nicola Coughlan’s family urged her to become a teacher when she struggled to make it as an actress.

Thankfully, the 34-year-old stuck at it and became a huge star thanks to Derry Girls and Bridgerton.

She’s so famous now that she can even count KIM KARDASHIAN as a fan.

Nicola explained: “I had great support. My family at points said ‘You have an English degree, so you could just go into teaching’. I just desperately wanted to do it [acting]. It was just in my heart and it’s been a part of who I am ever since I was four. I was mystified and in love with the whole thing.

“I think a lot of people think they would like to be an actor, but unless it really truly makes your heart happy, I would not do it. There is a lot of rejection, an awful lot. It’s tough.”

Nicola, who plays Clare Devlin in Derry Girls, which will start shooting season three later this year, also told how working for an optician was good preparation for the chaos of acting.

She said: “The last ‘normal person’ job I had was I worked in an optician’s in Galway. I moved back to Galway feeling like a completely failed actor. I was super-depressed and thinking ‘Okay, I’m never going to get out of this. Everything just sucks’.

“You can imagine I didn’t earn much money from two days a week, but something about working there gave me structure and a weird love for filing and organising. That’s why I’m really good at keeping my tax receipts in order.

“The lives that we [actors] have are very unpredictable. You can go from the busiest time of your life to nothing, even without a global pandemic.

“[At the optician’s] I used to organise the files, tell people to come in for their eye tests and I digitalised all this stuff. I quite liked that.

“My mind wasn’t in a good place, but I think that with time and that bit of structure, I was able to just make myself feel better and slowly sort of recover and get back to being myself. I look back on that time fondly, even though I had no money.

“We are so willing to see ourselves as failures when things go wrong. I’ve been a victim of that. I go ‘Well, I’ve screwed up. This is terrible’.

“There is nothing wrong with regrouping. I moved to London and left multiple times, saying ‘This is not working out. I can’t afford this. I’ve failed’. That’s just a horrible way to treat yourself. I’m building myself from the ground up again.”