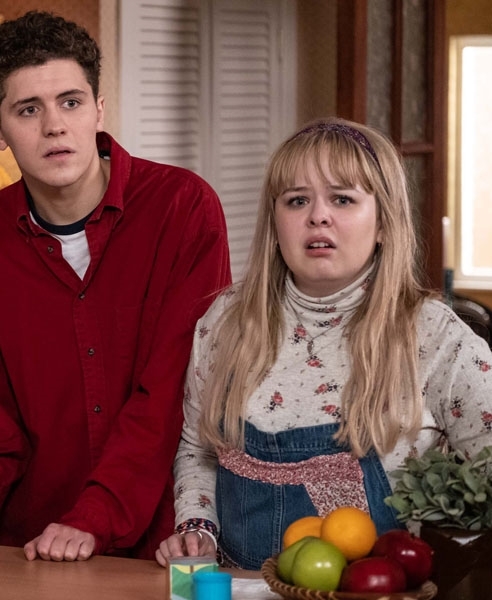 Irish actress Nicola Coughlan has been the talk of the town recently as she’s been praised for her role on Netflix’s tantalizing new period drama, Bridgerton, which has captivated audiences all over the world.

However, we must not forget where it all started, as Nicola goes on to talk about the exciting new storylines in store for us in season three of Derry Girls, channel four’s hilarious sitcom which takes place during the ‘troubles’ in Northern Ireland in the 1990’s.

While the show’s third season was supposed to be filmed last year, unfortunately it had to be postponed due to the ongoing coronavirus pandemic. “We’re still waiting, because it’s integral to the show that we film in Derry,” Nicola explains in a recent interview with the Belfast Telegraph.

“And we can’t do anything involving a crowd right now, so logistically, it’s really tough. But I spoke to Lisa McGee recently and she talked me through the storylines.”

“They’re so brilliant, which doesn’t surprise me – she’s just incredible – but it made me want to do it right now,” the 34-year-old Galway native teased.

“But we also want to do the best version of the show we can. By hell or high water, we all want to make it work – if they said we could go tomorrow, trust me, we would all be there,” Nicola assured us.