Bridgerton’s Nicola Coughlan — ‘How many people can say they job-share with Julie Andrews?’ 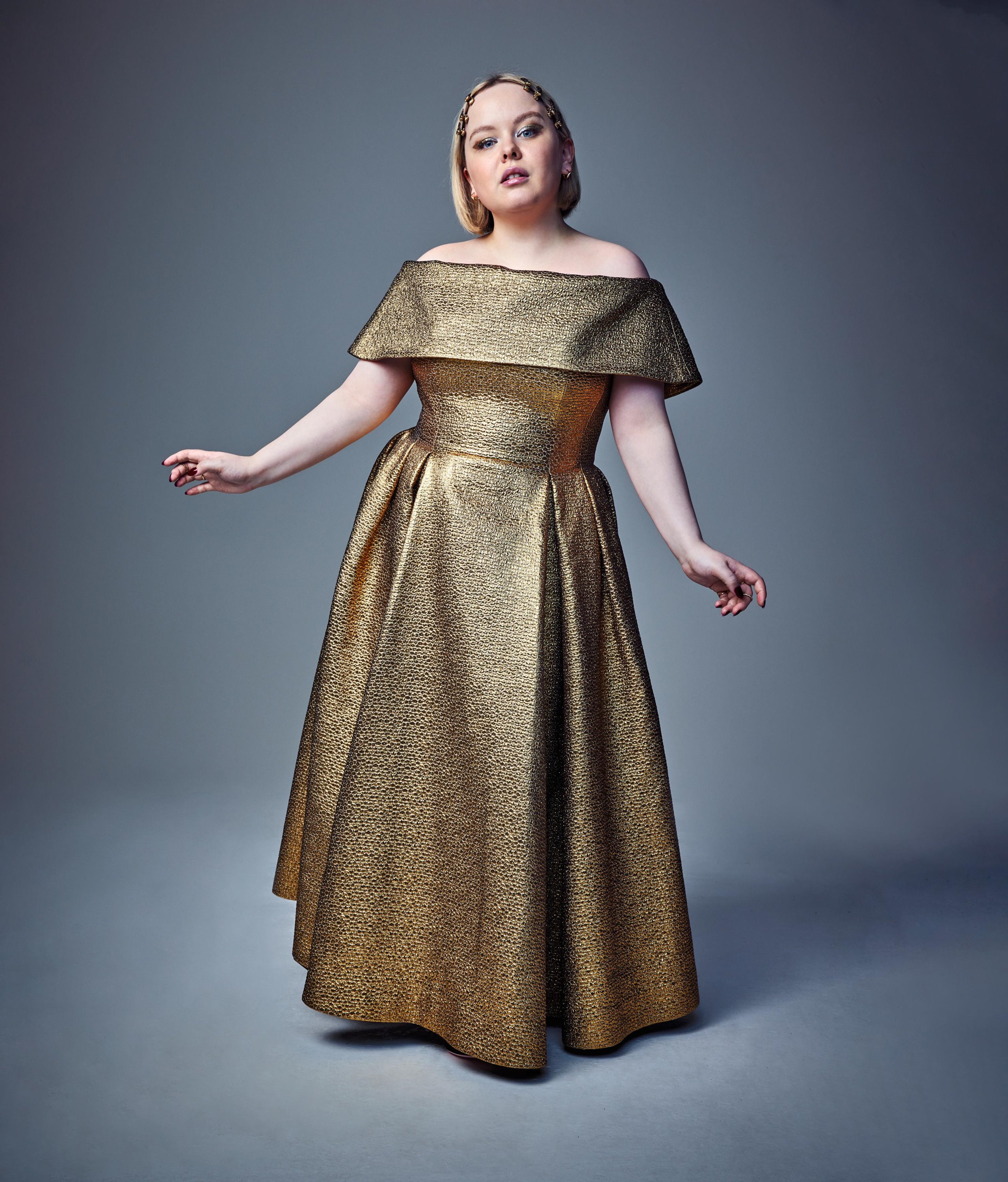 In the past year, Nicola Coughlan, 34, has gone from relative unknown straight to the red carpet without ever leaving Galway. The actress, who plays Penelope Featherington in Bridgerton, finished filming in February last year and immediately decamped to spend lockdown with her parents in Ireland. When Bridgerton aired at Christmas it became Netflix’s most watched series: 82 million households around the world watched, agog, as Coughlan’s character was revealed as the mysterious Lady Whistledown, the society chronicler at the heart of the drama. Meanwhile Coughlan was helping her mum with the cooking and cleaning, and the only thing that changed about her life was her Instagram following.

“I went from 200,000 followers to 1.2 million overnight, which is just ridiculous,” she says via Zoom from the London flat to which she’s only recently returned. “Drew Barrymore and Sarah Jessica Parker now follow me. That’s crazy! I’m posting a picture and I’m like, ‘What would Drew Barrymore think? Eighty-two million households is unfathomable, it’s surreal, and the only measure we have of it is online. A million followers on Instagram is a mad number of people.”

Coughlan was 30 when she finally got her break, cast as Clare Devlin in Derry Girls. Since graduating from drama school in 2011, she paid the bills with minimum-wage jobs and wrote email after email to agents and casting directors who never bothered to reply. Doors weren’t slammed in her face because they never even opened. Eventually, broke and despairing, she left London to go back to Ireland.

“I thought, well, I’ve failed. This is obviously not going to happen for me.” 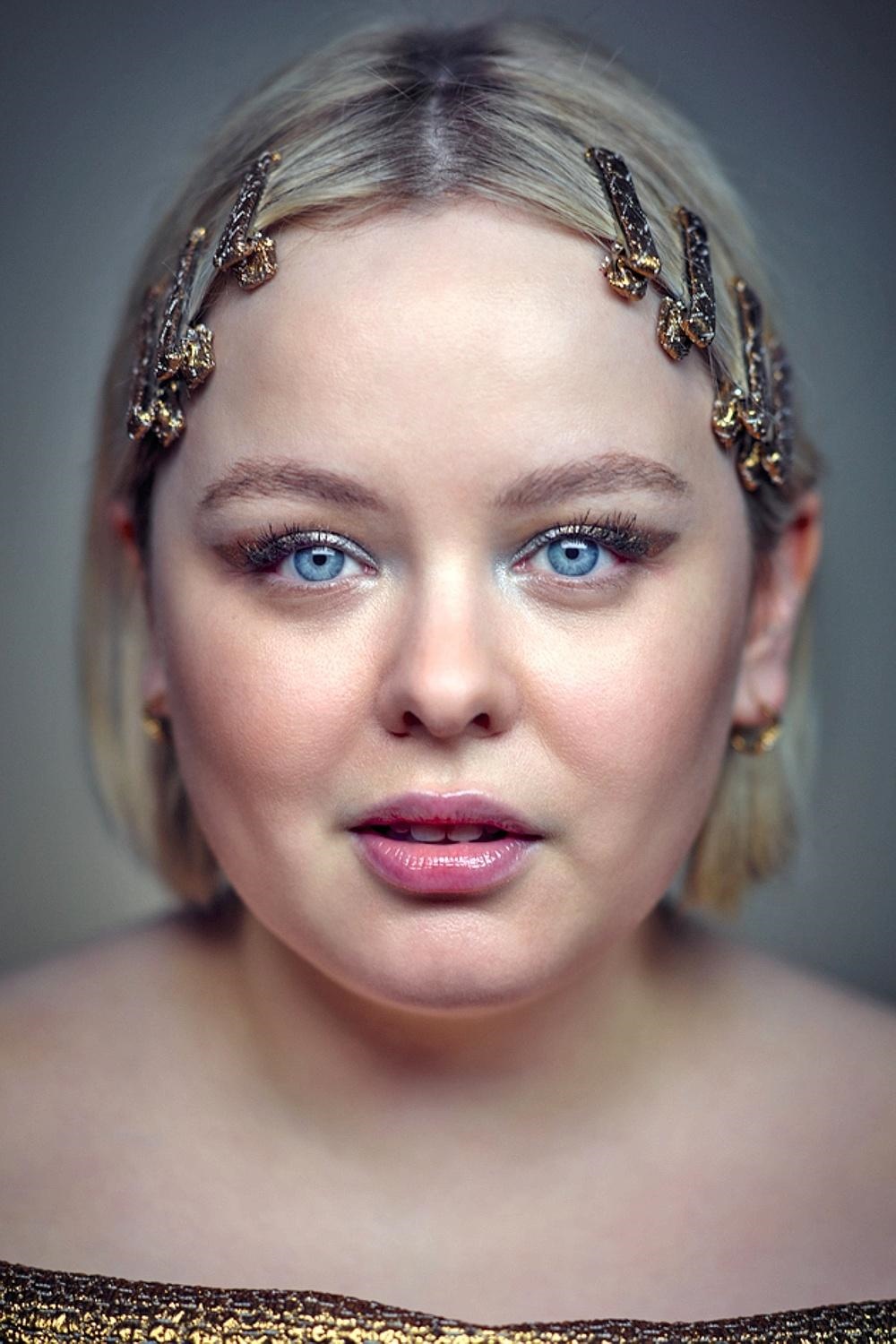 Her family started gently suggesting that she should use her English degree to become a teacher. Then came an open audition at the Old Vic for a festival of short plays. Out of 1,500 actors who auditioned, she was one of only 7 to get the job. That got her an agent and her first audition was for Derry Girls, which premiered on Channel 4 in 2018. A black comedy about five teenagers growing up in Northern Ireland during the Troubles, it was a cult hit that went mainstream and was picked up by Netflix.

Then came Bridgerton. She thought the auditioning process would be drawn out and painful, but in the event she sent in one tape and was offered the role. She burst into tears when she heard that Julie Andrews would be the voice of Penelope’s alter ego, Lady Whistledown.

“How many people in the world can say they job-share with Julie Andrews?”

Much has been made of the so-called colour-blind casting in Bridgerton, in which a black actor, Regé-Jean Page, was cast as an 18th-century English duke.

“Bridgerton wasn’t such a sacred cow as Pride and Prejudice,” is Coughlan’s take on it. “The script didn’t read like a period drama, and I mean that in a good sense. Sometimes they can feel staid, like a dusty painting we can’t touch. Bridgerton gave us room to experiment.”

When we speak, Coughlan is mired in fittings for season two. An incredible 7,500 costumes were made for season one, but none of the actors know exactly what they’re being fitted for. The costume department won’t tell them, Coughlan complains, so the cast text each other saying, “I tried on this dress. Any idea what it might be for?” The standout star of season one was Page as the Duke of Hastings. He won’t be returning for season two and is hotly tipped to be the next James Bond, perhaps putting Coughlan in the running to be a Bond girl.

“Definitely not. I could be whoever Judi Dench was. I’ll do anything Judi Dench has done.”