Bridgerton Star Nicola Coughlan on Her Role as Penelope Featherington

From neurotic schoolgirl to regency-era nobility: rising star Nicola Coughlan discusses the Netflix smash-hit Bridgerton, and why working with Shonda Rhimes was a dream come true 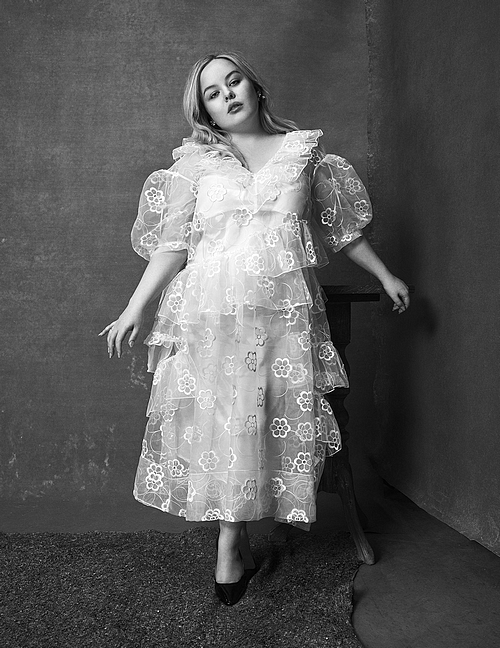 It was one thing playing the smart yet skittish Clare Devlin in the British comedy Derry Girls, but Nicola Coughlan’s turn as the quiet Penelope Featherington in the Netflix smash Bridgerton last year was what propelled the Irish actress to true stardom. The modern take on Regency-era romance—an adaptation of Julia Quinn’s period novels—has just been renewed for a second season, meaning Coughlan and her red wig will be returning in lace-trimmed style once more.

What first drew you to Bridgerton?
When you hear that [TV production company founded by producer Shonda Rhimes] Shondaland is making a show with Netflix you can’t not be excited by it. I had actually never read the books; I got the part after the first audition so I had very little time to process it all. When I read them, it was amazing because they gave me so many clues on how to play Penelope. The [Bridgerton] women are so forward-thinking, which drew me to the script. Because it didn’t read like a period drama, it didn’t feel dusty. The characters felt very alive.

Spoiler alert! How did you find out you were gossip columnist Lady Whistledown?
While reading book four, which focuses on Penelope and Colin [Bridgerton]. I then found fan forums online and ended up reading that my character was Lady Whistledown. I couldn’t believe it: I thought, not only have I gotten this great part, but it’s ‘the’ part on this great show.

How did you prepare for this Regency-era role?
We had brilliant people training us, such as choreographer Jack Murphy for the dances and historical advisor Dr. Hannah Greig, who would answer any and all of our questions about the era. The hardest part about becoming Penelope was how long it took to get into the hair, makeup and costume. It took about two hours to get all that together so that was a big commitment.

What is it like working with Shonda Rhimes?
A complete dream. I remember reading her biography Year of Yes years ago and being inspired. She’s a no-nonsense person who is incredibly ambitious yet so kind. Shondaland has done so much to change the landscape of television—with Grey’s Anatomy and, and now Bridgerton. Period dramas are traditionally very white, so I hope Bridgerton will be a benchmark for what they can and should be in the future. 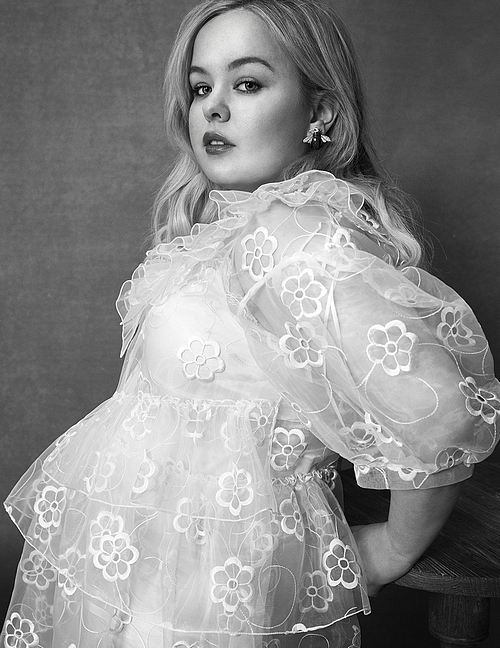 Did you get to meet [narrator] Julie Andrews? What was it like having her voice your character’s part?
I unfortunately did not get to meet Julie. We kept hoping she would come to the set. She did send me an email on my birthday, which was the most wonderful present. Having her voice my character’s part is amazing. To be in a show with her is one thing, but to share my role with her, in a way, is magical.

What was your favourite fashion moment from the show?
The pink dresses were the ones Penelope was said to have picked herself as she felt they were more flattering than the yellow dresses. Costume designer Ellen Mirojnick and her team are brilliant. The amount of detailing is incredible, such as the hand-embellished flowers on each piece. I wasn’t allowed to take a single thing home. Absolutely nothing. Such a pity [laughs].

What is your favourite thing about playing Penelope Featherington?
How complex she is. She’s many different things: a shy girl who is completely overlooked but also Lady Whistledown, the most powerful woman in London. What I loved about her is that she’s totally unexpected.

Did you ever think the show would become such a breakout hit?
You hope people will connect with whatever you make, but I didn’t think 63 million households would watch it. That number blows my mind. It’s amazing that it brought people joy at the end of such a dark year. People are writing Bridgerton musicals, and are being inspired by the clothes and finding joy in romance again. It’s a really special thing to be part of.

What are you excited about for season two?
It’s great not to have to keep the secret of season two anymore. I haven’t seen the script yet, but I hope Eloise Bridgerton [played by Claudia Jessie] will debut into society which means I will have a friend to go to the balls with.

What new projects do you have in the pipeline?
Bridgerton season two is going into production this Spring. I also have Derry Girls season three to get to work on. I adore it and it’s super different to Bridgerton. It’s great to be able to have both of those shows. Anything else will just be a bonus.