With Shonda Rhimes shiny new period drama arriving on screen on Christmas Day, we speak exclusively to one of the show’s stars Nicola Coughlan. 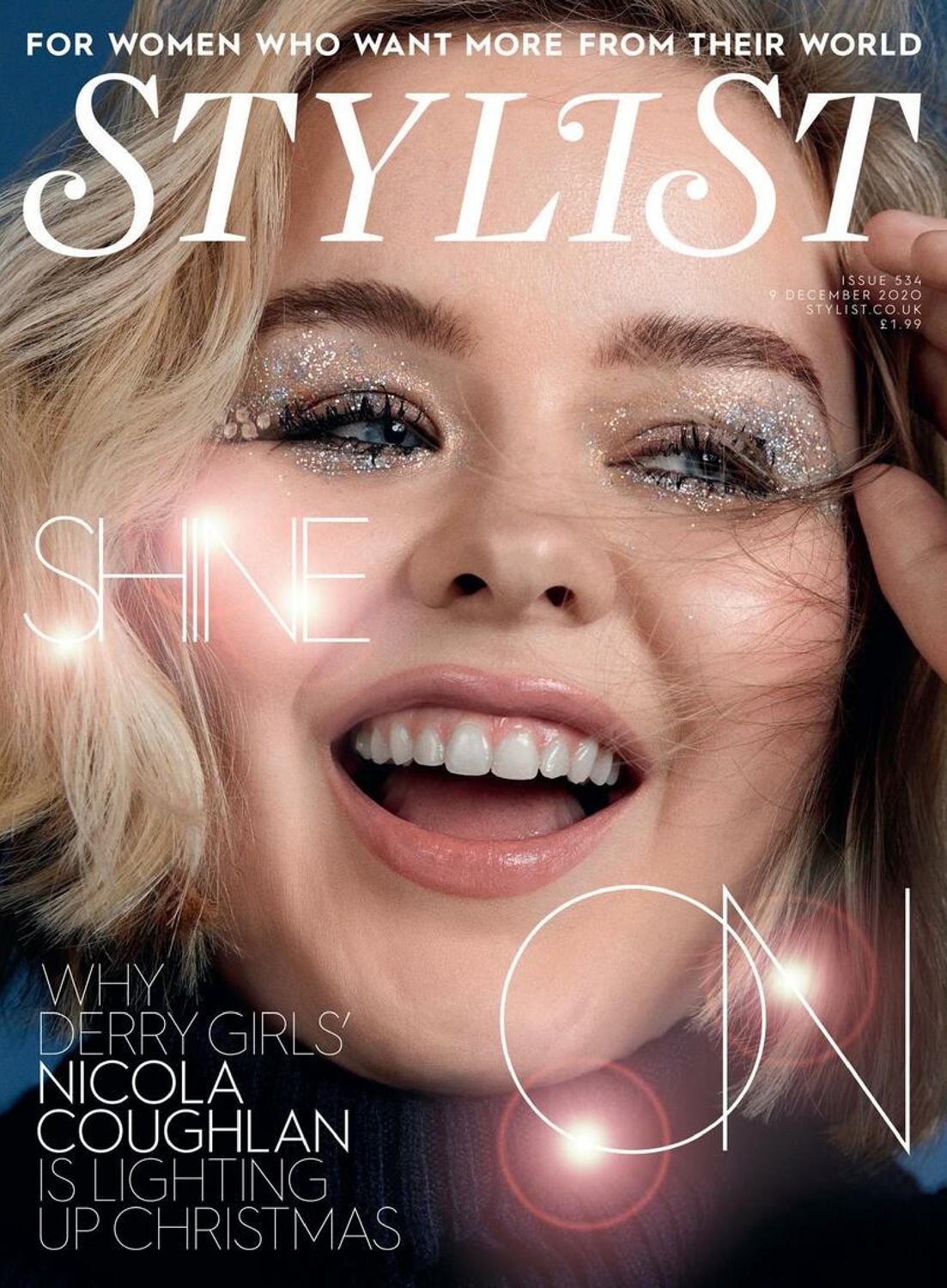 If there is one thing that can save Christmas (the whole of 2020, if we’re being honest), it’s the gift of a sexy period drama by Shonda Rhimes’ Shondaland. The show, which is an adaptation of Julia Quinn’s series of romance books, is already being described as Gossip Girl meets Jane Austen, and frankly we’ve never needed it more.

One of the show’s stars, is Nicola Coughlan who appears on the cover of this week’s Stylist magazine (which you can download on the App Store or Google Play.) The Derry Girls actor was the first person to be cast in the big-budget drama that also stars Julie Andrews as Lady Whistledown, the show’s narrator, and newcomers Regé-Jean Page and Phoebe Dynevor as the Duke of Hastings and Daphne Bridgerton. Daphne is making her social season debut and couples up with the eligible duke to increase her social standing, while Coughlan plays Penelope Featherington, one of the key characters; a witty, smart and romantic young woman.

While we can’t give away any thoughts on the show just yet, the trailer shows there will be plenty of sexy moments to enjoy/squirm over while watching with your parents and a tub of Quality Street.

“There’s a racy bit quite quick into episode one and my mum was like: ’what is going on?’” laughs Nicola. “But they’re based on these novels that have been around for 20 years. And that is the romance genre: it’s really steamy. It’s very much the female gaze. But it’s a bit weird as an actor, because you know those people, you’re like: ’That’s Regé‘s bum though’. I’ve missed hugging people this year, but we wrapped before Covid happened so there’s no shortage of touching.”

It’s easy to look on and think Coughlan has it made with this sumptuous eight-part drama, and series three of Derry Girls, the howlingly funny comedy about a group of teenage girls, and one boy, coming of age in Derry in the 90s, in the pipeline. But she tells Stylist it’s not always been this way.

I love being busy. During my 20s, I was such a stereotypical struggling actor – broke and doing jobs that I didn’t necessarily love – that when I’m busy, I’m so overly grateful for it. I’m so aware of what it’s like not to be working.

Coughlan is also particularly refreshing when talking about money. What we do, or don’t, have in our bank accounts is a subject that’s often still taboo, despite the huge strides we’ve made in opening up about other areas of our lives. But removing the shame from the financial situation many people find themselves in is increasingly vital.

“So much is put on the notion of the overnight success and I never wanted to pretend that’s who I was,” she reveals. “There are a lot of people at drama school that come from inherited wealth and it’s an easier ride. I had to pay my way. When I first moved to London I got paid a grand a month: my rent was 500 before bills, my travel was £134. It left me with no money. It was miserable. Money doesn’t make you happy, but many people don’t know how awful financial stress is. You can’t think about anything else. I couldn’t get to an audition. People assumed when I got Derry Girls, that meant I was a millionaire. It doesn’t mean that…”

While Coughlan stars in one of our existing favourite shows, and one that will become a future favourite, she is equally as effusive about the work of her peers, telling us her favourite show of the year is Euphoria. “It’s phenomenal” she raves of the show that has two special festive episodes coming up. “I find it hard to describe what it’s about: it’s about this bunch of teenagers in high school, but way more than that. It’s got such a distinctive feel. It will be era defining. It’s just captured that millennial experience.”