﻿ Nicola Coughlan: ‘It bothers me that we reduce women to the size of their body’ « The Dazzling Nicola Coughlan
Home Nicola Gallery Career Press Online 

Nicola Coughlan: ‘It bothers me that we reduce women to the size of their body’

Swapping teen silliness for the high society of Bridgerton, the actor talks representation, activism and doing chores for her mum 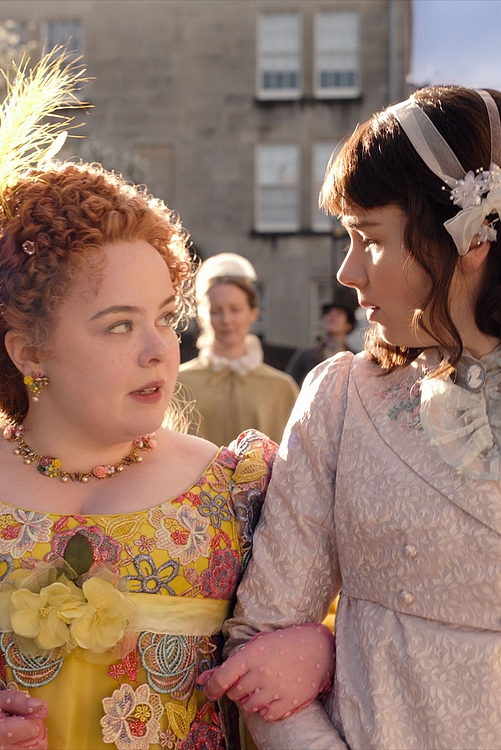 Aw, feck it! We’ll just say it’s Christmas now!” It is mid-November and Nicola Coughlan has once again tapped into the mood of a nation. Or rather two, historically connected, nations: the Ireland she is from and where she resides – she’s speaking from the back bedroom of her mother’s Galway home – and the UK, where she’s been enthusiastically embraced as goodie-two-shoes Clare Devlin from the Channel 4 sitcom Derry Girls. Coughlan was back at her London flat last week, putting up the tinsel: “I’m like, this has been a hard year, and Christmas, for most of us, is just gonna be stuck in our houses. So, let’s make our houses look cute! Why not?”

Coughlan’s other contribution to the spirit of the season is an exquisitely wrapped Christmas gift of a show. Bridgerton is adapted from Julia Quinn’s much-loved bodice-rippers about the high-society adventures of the eight Bridgerton siblings in Regency-era London. It’s also the first fruit of Netflix’s $150m deal with Shondaland, the production company founded by showrunning supremo Shonda Rhimes, who previously brought us Grey’s Anatomy, Scandal, How to Get Away With Murder and many other smart, soapy favourites. “It’s the kind of show that will be a tonic after this year,” says Coughlan proudly.

There is plenty to be proud of. Bridgerton entertainingly details the efforts of young, 19th-century aristocrats to make good on the marriage market (while conducting torrid affairs out of sight of their chaperones), and has the sartorial flair to match: each of the costumes, designed by Ellen Mirojnick (The Greatest Showman), is a custom-made, candy-coloured confection, topped with a wilfully anachronistic amount of sparkle. And there is its instantly evident commitment to on-screen racial diversity, something that is true to form for Shondaland shows, but rarely seen in the whitewashed world of costume drama.

“This isn’t based on a historical event, this is based on a romance novel,” explains Coughlan. “It is an escape, a fantasy. This is the world reimagined, as it could have been.” Bridgerton’s prominent actors of colour include Regé-Jean Page who stars as most eligible bachelor of the season, the Duke of Hastings, and Adjoa Andoh as society grande dame Lady Danbury. Coughlan thinks most viewers will take this in their stride, and sees no reason to indulge those who don’t: “Like, I think you can stretch your imagination to a Black duke! I think that’ll be fine!”

Among the large ensemble cast, Coughlan was the very first to land a role, likely because her character, Penelope Featherington – reluctant debutante and youngest daughter of a nouveau-riche family – is central to Bridgerton’s appeal. “I spent a lot of time lurking on online book forums to see what fans thought. I realised that she’s this really beloved character, because she’s not this perfect girl that all the boys love. She’s a complete wallflower. So I thought: ‘OK, I really, really wanna do that justice.’” 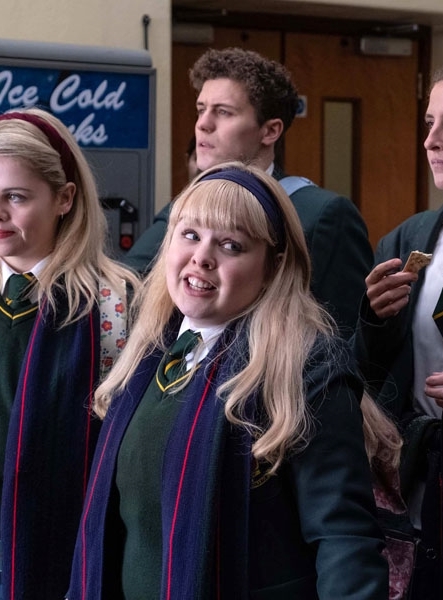 The real-life Coughlan is a poised 33-year-old, with tortoiseshell glasses and a chic blond bob, courtesy of her celebrity bestie, the Queer Eye hairdresser Jonathan Van Ness. (Coughlan was JVN’s date to Elton John’s Oscars party this year.) Yet her youthful looks mean she often plays gauche and gobby teens – the kind of work that interests her most. “It’s a very truthful age; your emotions are very much on your sleeves,” she says. In Derry Girls, Coughlan’s Clare is the anxious teacher’s pet of the gang, who remains endearing despite her eager willingness to dob in her mates. Her series one coming out (“I’m the wee lesbian!”) has already gone down in sitcom history.

The fact that Derry Girls and Bridgerton are both period pieces – albeit dramatically different period pieces – is appealing. “It would be very different to play a teenager nowadays. The influence of social media means you’re aware that everything’s being watched. Whereas I grew up in a time before that, as did Clare and Penelope.” Plus, who doesn’t want to look younger than their years? If there is some fountain of youth in her back garden, Coughlan is not sharing: “My mum looks really young for her age … Maybe, drink a lot of water? And then, I’m like, wine is alcohol, and alcohol’s a preservative, and I love prosecco, sooo … maybe that’s it?!”

Portraying intense female friendships on screen has inevitably meant that Coughlan has formed bonds with her co-stars. The latest is Claudia Jessie (Vanity Fair, Line of Duty) who plays Penelope’s closest confidante, Eloise Bridgerton. “She’s a Buddhist vegan who lives on a boat and I love buying fancy handbags and watching reality TV, but we just clicked,” she says.

She undoubtedly made more friends filming the New Year’s Eve Taskmaster special, alongside Krishnan Guru-Murthy and Rylan Clark-Neal. She is also missing the Derry Girls, of course. Writer Lisa McGee has season three’s scripts written and ready to go, but the pandemic means there is still no shoot date in sight. “I’m not allowed to say anything about the scripts, but they’re just phenomenal. She’s a proper genius, Lisa is. Now I just really want to go and do it, and we can’t!”

Coughlan comes across as a loyal friend, on screen and off, to teenage girls and young women everywhere, and this is as much to do with the way she speaks up against sexist double standards as it is her characters. In 2018, while she was appearing in The Prime of Miss Jean Brodie at London’s Donmar Warehouse, Coughlan wrote a piece for the Guardian calling out unfair scrutiny of women’s bodies in theatre criticism. She made headlines again the following year for merrily rebutting the Daily Mirror’s snarky commentary on her Bafta look (“Not the most flattering”). “I mean incorrect @DailyMirror I look smokin’, sorry bout it,” she tweeted, and auctioned the dress, raising €5,000 for a children’s hospice charity. 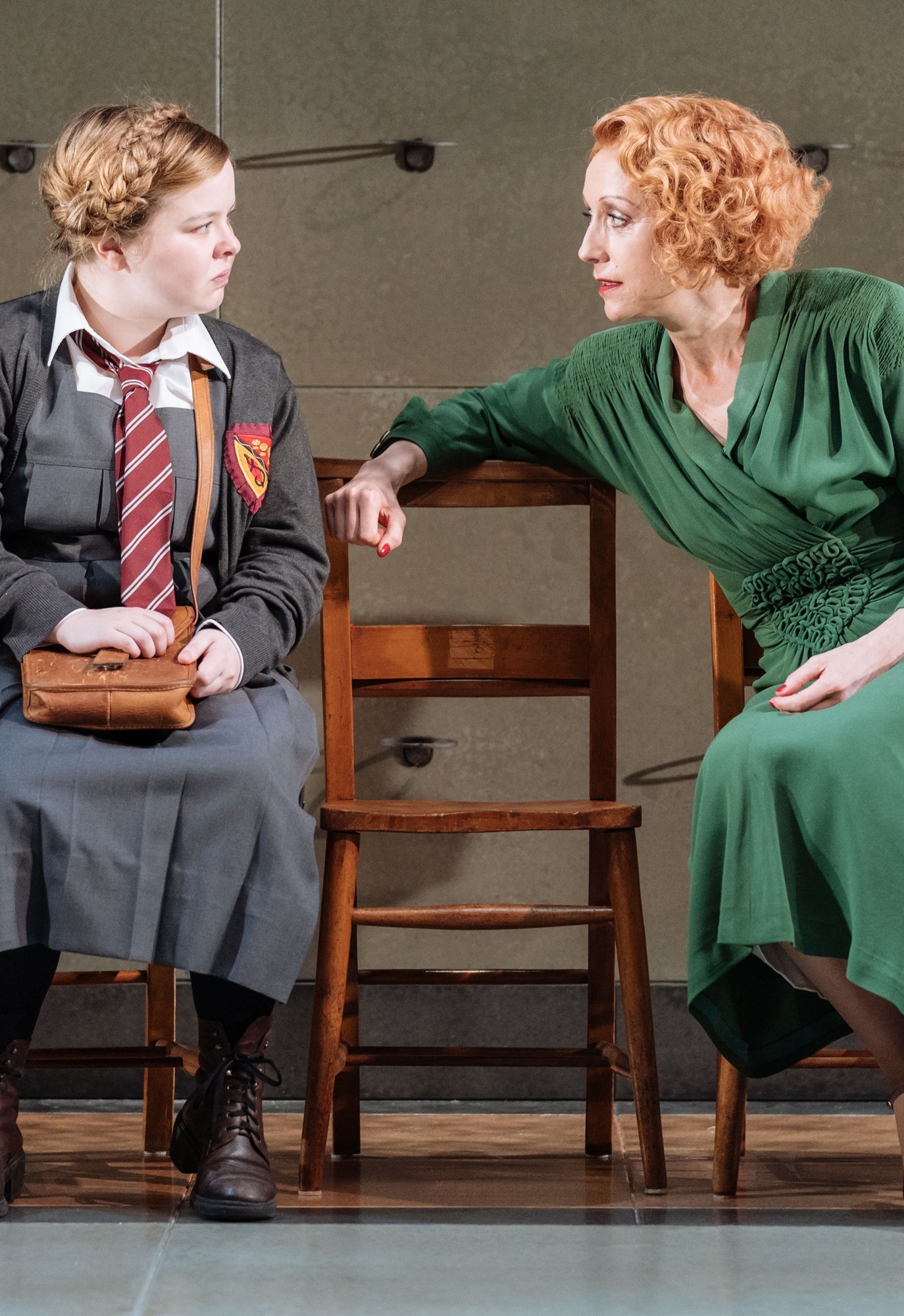 Coughlan takes those downsides of fame in good humour, but the extent to which young women are degraded and diminished has come as a genuine shock: “It was wild because I was size 10 filming series one and I got called ‘the big one’! I was like, ‘Are you serious?!’ I’m not this gigantic sumo wrestler, and even if I were, would it matter? Would it be relevant?” She appreciates the way body image is handled in Bridgerton: “It’s referenced, but it’s not the defining characteristic of Penelope. I think that’s what bothers me: we try and reduce women to the size of their body and there’s so much more than that.”

The whole experience has made her reflect on the real-world usefulness of fame. Back in 2015, she went door-to-door campaigning for a “Yes” vote in Ireland’s equal-marriage referendum, “This was pre anyone knowing who I was, so I didn’t have a big platform to do stuff, but I did what I could.” When, in 2018, the republic held a referendum on abortion law, she threw herself into that, too, but was unprepared for how different it would feel post-Derry Girls. “I was still within a learning curve of going: ‘Well, I’ll just say stuff, cos I’ve always said it and that should be fine … ’ Then, y’know, people get very vicious.”

At the time, she was in rehearsals at the Donmar and the stage manager, recognising the signs of stress, sent her home with strict instructions to put her phone away. She complied, but by the time the campaign for reproductive rights had shifted to Northern Ireland, she was back, placard in hand, marching alongside her Derry Girls co-star Siobhán McSweeney.

Going on demos, two-hour wig-fittings before a big scene: all this is a distant memory now. Coughlan has spent most of the months since Bridgerton wrapped in Galway, where she has been kept busy by her mum’s lengthy to-do list: “I’ve had to acquire so many new skills! I’ve been painting the house, I’m like my mum’s personal chef, too, and she’s quite a Gordon Ramsay about my cooking.” Having spent much of the past year floating through the fantastical ballrooms and drawing rooms of Shondaland, it seems Coughlan is now firmly grounded back on earth. “I don’t think there’s any chance of me getting too big for my boots, when I’m down on my hands and knees laying her laminate flooring, is there?”