The Galway-born star on her major new Netflix show, her friendship with Jonathan Van Ness, and how one of The Young Offenders’ cast was such a help to her 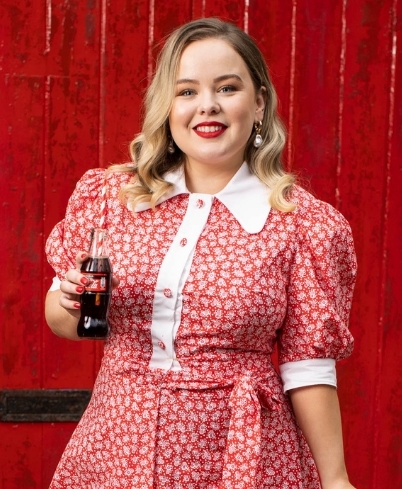 It is not a huge surprise that actor Nicola Coughlan turns out to be a chatty and engaging interviewee. In her breakout role as the kind-hearted goody-two-shoes Clare Devlin in the television series Derry Girls, she is a luminous and compelling presence. However, so convincing is she in the part that it is quite the shock to hear her talking in a lilting Galway accent.

“We have two real Derry Girls and two fakers — I’m one of the fakers,” she laughs. “People are massively surprised when I open my mouth. I think it is disappointing for people when they realise that I’m not Clare.”

Fans of Derry Girls will probably get an even bigger surprise when they see Coughlan in her next role, as an English debutante in the period drama Bridgerton, slated for release on Netflix later this year.

“It used to shock people [on set] when I would start talking in my English accent, then the Galway would come out and they would be even more shocked,” she says.

Coughlan plays Penelope Featherington in the drama, which is overseen by Shondaland, the production vehicle of TV powerhouse Shonda Rhimes, creator of Gray’s Anatomy and Scandal.

“To be working with Shonda Rhimes is mind-blowing because she is one of the most powerful women in television. Bridgerton is such a different beast from anything people will have seen before. It is super colourful, fast-paced, funny, very dramatic. It is going to be a real relief of a show for people to watch after the year we’ve had. It feels like escapism, it is very joyful.” 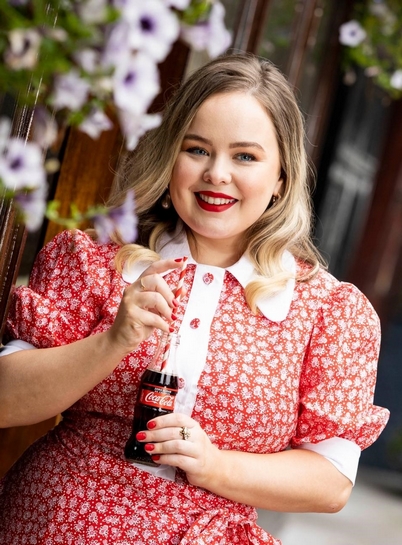 Coughlan is speaking from Galway, where she is shooting a campaign for Coca-Cola. Spending time in the city has allowed her to reflect on the journey she has been on since Derry Girls became an instant phenomenon when it screened on Channel 4 at the start of 2018.

“It has been crazy. It’s funny being back here in Galway shooting this for Coke because I was thinking only four years ago, I was working here in an opticians here two days a week, hoping that by some magic I might get an audition or something. To think about how much my life has changed in that space of time is crazy. Getting the news about Derry Girls felt life-changing for me but I didn’t know what a big deal it would be, I had no clue what it would turn into.”

Coughlan grew up in Oranmore and spent lockdown there after returning from London in March.

“I finished filming Bridgerton at the end of February and then my family were like, ‘we think you should come home’. I have just been trying to make the most of it. I have been spending lots of time with my nieces and nephews, which has been really nice. My mum loves it — she has me cooking, doing DIY, painting walls, picking out carpets, hanging curtains. I am definitely kept busy. This is not a holiday for me at all. I am acquiring new skills all the time.” Derry Girls, with its top-notch writing and expertly pitched blend of humour and pathos, has built up an even bigger fan base since season one aired on Netflix, attracting some high-profile viewers.

“When people I really admire like Lin Manuel Miranda were watching the show, that blew my mind. Shonda Rhimes had seen Derry Girls prior to casting me. I was offered Bridgerton after one audition which I thought was insane, and then they were like ‘we’re big fans of Derry Girls’. Considering I was working in retail not so long ago, it’s crazy. I’m very lucky.” 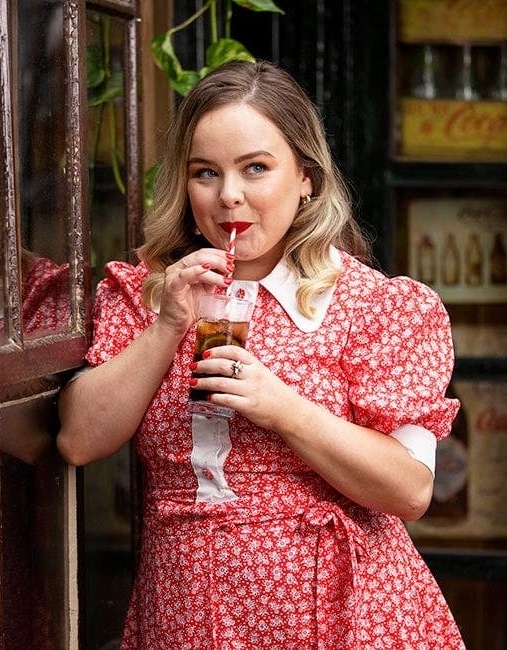 Coughlan also has a large following on social media, through which she connected with Queer Eye star and now BFF Jonathan Van Ness, who also played a part in helping her get through lockdown.

“It is so hilarious. Jonathan is one of the people I have spoken to most over lockdown. We did a weekly Zoom quiz with some of my closest friends, my sister, and him, his best friend and his auntie. We had a theme every week. His week was very much ice-skating themed and I don’t think he realised that not everyone knows as much about ice-skating as he does. Jonathan is exactly as you’d imagine, only better. And much naughtier. He came to my birthday party in London in January.”

It is further testament to Coughlan’s acting skills that the birthday in question was her 33rd. “I’m the oldest schoolgirl in the world,” she laughs.

While working with a hugely talented ensemble cast on Derry Girls has been a rewarding experience for Coughlan, she says it does require some stamina.

“It is very fun to make but it is super full-on in a way people probably don’t realise. The days are very long — you could start at four in the morning and not finish until 8pm. Then there’s new lines to learn for the next day. Even though it has a quick run time, Lisa’s scripts are very densely packed, there is a lot of dialogue to memorise in them. But that’s what makes them so good and so truly Derry because they speak a mile a minute and they are so sharp and witty.”

Despite the quickfire strongly-accented dialogue, Derry Girls has translated well across the water, much like its Cork-based counterpart Young Offenders. Coughlan is a huge fan of that show, especially as she has a link with star Hilary Rose, who grew up in Oranmore. 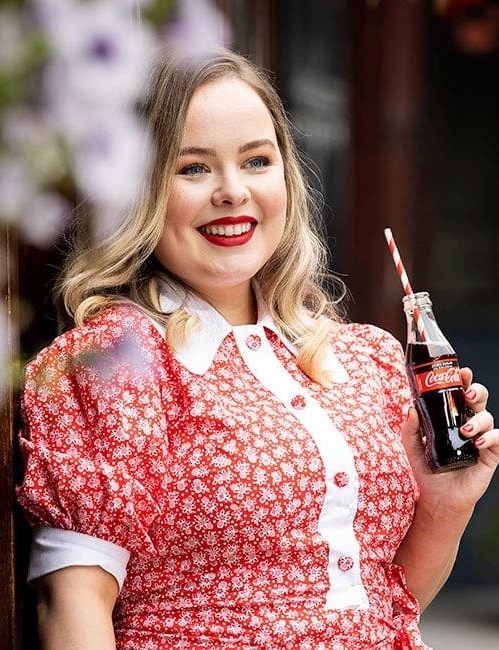 “Hilary was a really good friend of my sister growing up. I remember when I was a struggling actor all through my 20s and I would message Hilary for advice, and she was so kind and lovely. She brought us to the premiere of the Young Offenders film years ago. I am delighted to see it do so well because I think Cork humour is such a distinctive thing.”

While Young Offenders was able to wrap its most recent series before Covid hit, Derry Girls wasn’t so lucky. The pandemic has meant that filming on series three of the show has had to be delayed. Given the nature of its scenes, it is a particularly hard show to film in terms of social distancing.

“It is hugely difficult. We were meant to film initially in May, then we had a second date set for August. The thing is, with the protocols, it would have meant really compromising on the vision of the show. They love to cram the five of us onto tiny pieces of furniture altogether, so there’s no social distancing there. Essentially, Lisa [McGee], who created and writes the show, spoke to us about it and we are all in agreement that we want to wait until we can make the best version of series three. It is very important to us all so we don’t want to a compromised version. I am waiting every day to hear news and I can’t wait until we are all back together to make it.”

Nicola Coughlan has joined Coca-Cola to launch ‘This Coke Is On Us’.