DERRY Girls star Nicola Coughlan has opened up about the struggle to make it as an actor – revealing how she wishes her dad had seen her find success. 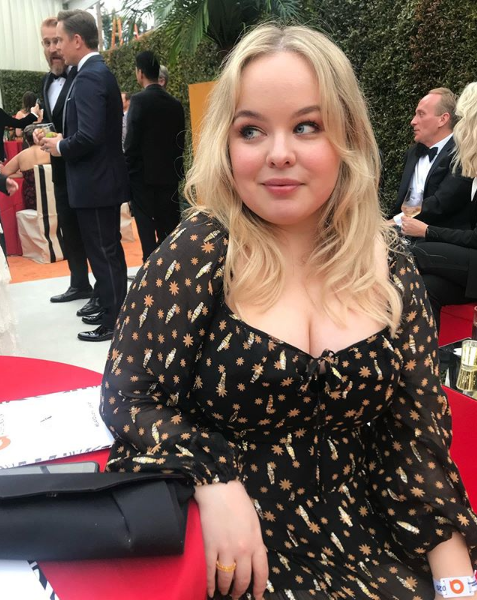 The actress, 33, from Galway, revealed how she fell in love with the stage at just five when she saw her older sister perform in a school play.

But she told how her upbringing in an army family meant becoming an actor was an alien concept – with Nicola revealing how she suffered setbacks before finally landing her dream role in the Channel 4 comedy.

She said: “My dad was in the army his whole life from 19, I think he was like ‘What the hell?’ They knew I was into it my whole life but to rely on it as your career is terrifying.

“Realistically people never make a living out of it which is crap but the way things are.”

LIVING IN LONDON
Nicola, who has also recently filmed Netflix’s new epic drama Bridgerton, told how she first moved to London after attending acting school in Oxford and struggled to find work.

She said: “I think it’s important to tell people that. You think about going to a big city and think ‘I’m going to live my dreams’. And then it doesn’t happen that way and it’s disconcerting and you’re broke.

“It’s hard. 2011 was my first time in London and definitely not a success.”

Nicola’s role as Clare on Derry Girls made her and the rest of the cast instantly recognisable, with the show winning huge acclaim internationally.

But Nicola told how the plaudits are bittersweet as she lost her dad just five days before she landed the career-defining role.

Speaking to Laura Whitmore on her Castaway podcast, Nicola said: “I lost my dad five days before I got Derry Girls.

“He sadly didn’t know I ever got it. It’s sad he never got to see it. I’m so privileged, I’m so lucky and I have a really special life.

The first time we were at the Baftas and won these incredible awards, it’s always that tinge of sadness he’s not here to see it.

“Even silly things like I’ve got these three plants I’m keeping alive in my apartment and I want to tell my dad because he was really green-fingered.

“At the end of the day what most of us want is to make our parents proud.”