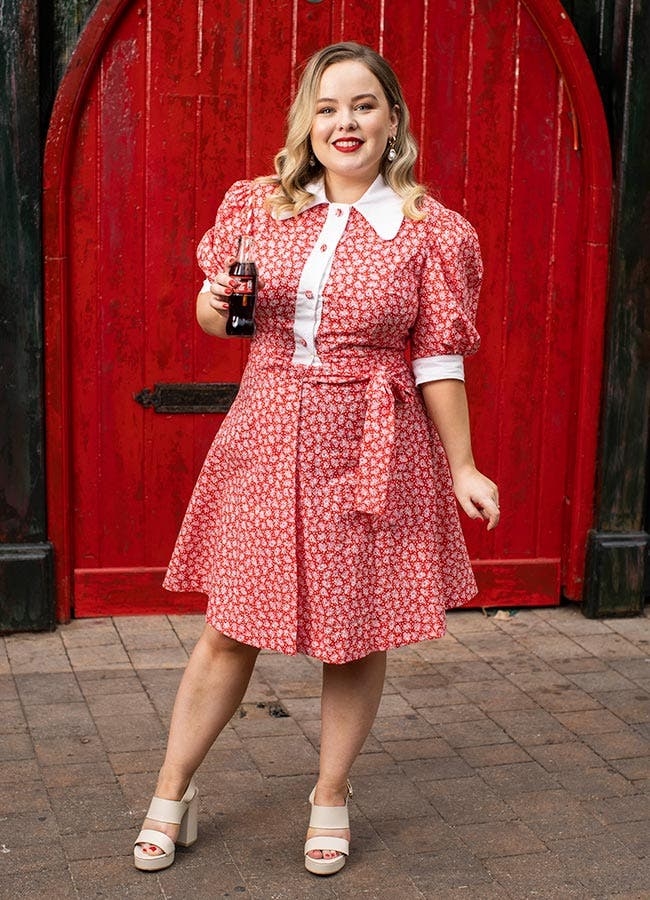 Nicola Coughlan, best known for her role as Clare, the anxious and loveable teen in the hit show, Derry Girls, sat down with me to chat about all things Derry Girls season three, that infamous Great British Bake Off special, and of course her new role in a highly-anticipated Netflix series, starring Julie Andrews.

Bridgerton is the name of the brand new Netflix show, which Nicola was cast in, along with acting icon, Julie Andrews. The period drama is based on a series of hugely popular historical-romance novels and is being executive produced by another big name in the business, Shonda Rimes (Grey’s Anatomy and Scandal).

When asked if she ever felt any pressure from taking on such a big role, Nicola said, “Constantly I felt pressure, and I wondered if I was a clerical error, because I didn’t know why they would offer me such a good role on such a prestigious show.”

“I did one audition and thought I would never hear anything, and then got offered it and couldn’t believe my luck. And when I found out Julie Andrews had been cast I cried from excitement,” Nicola gushed, as she went on to talk all about this glamorous period piece, and what it has to offer. 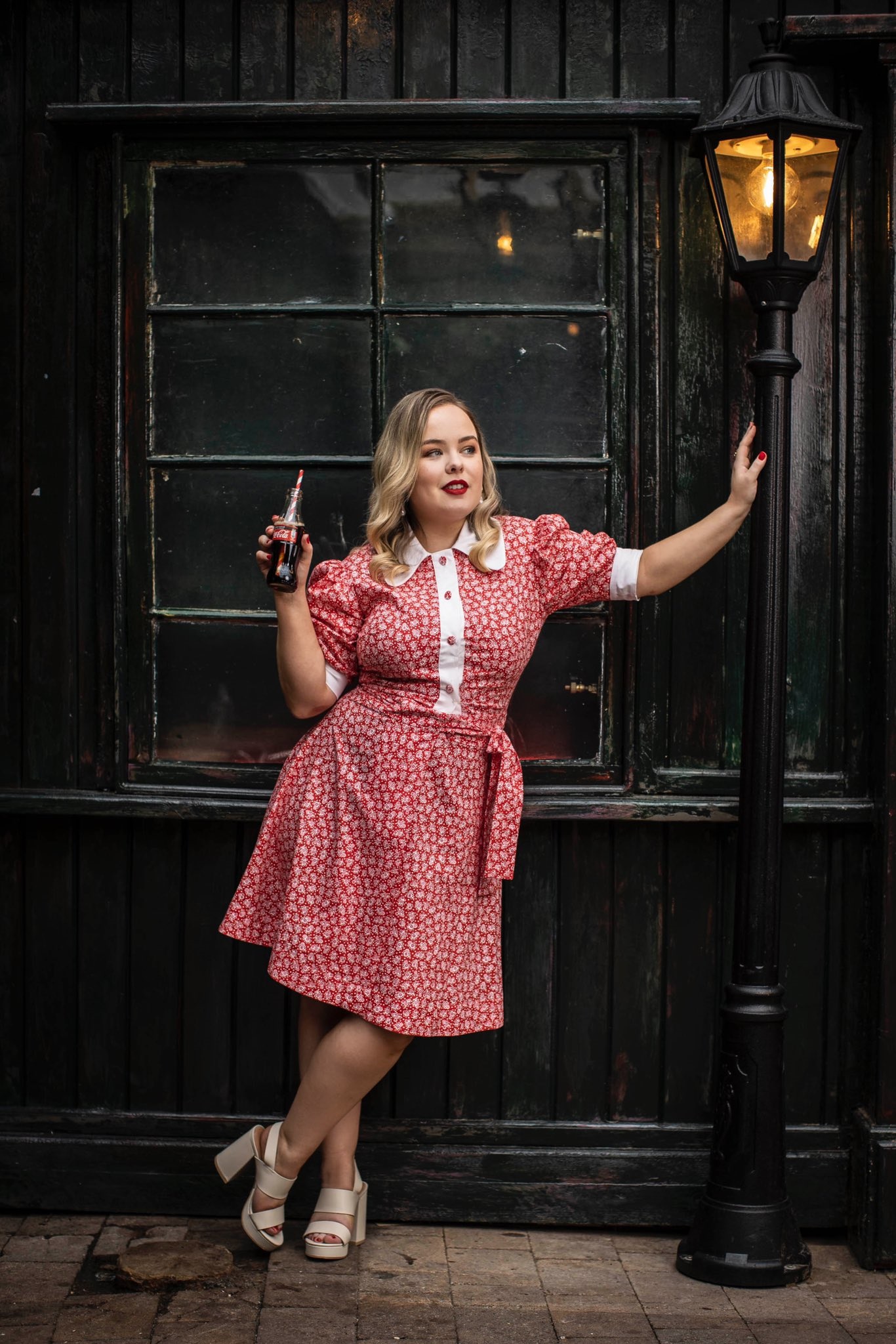 “It’s a really diverse cast and it just feels fresh and exciting and new,” she exclaimed.

Apparently no expense was spared when it came to this massive production, as Nicola stated that their costume budget was £7M, with her corset being made by Mister Pearl, the same man who made Kim Kardashian’s corset for the Met Gala.

While we don’t exactly have a release date just yet for Bridgerton, Nicola assured us that it will land on Netflix later this year.

Unfortunately Derry Girls fans will be disappointed to hear that filming for season three has had to remain on pause due to the coronavirus pandemic. “It was just going to be impossible to do with social distancing in place. It just would have ended up being a really compromised version of the show…and none of us wanted that,” Nicola explained.

“So currently we’re just waiting…big budget movies are able to start, but that doesn’t mean that everything can start,” she added, before admitting that she was dying to get back to filming, having not worked with her Derry Girls family since they wrapped season two back in 2018. 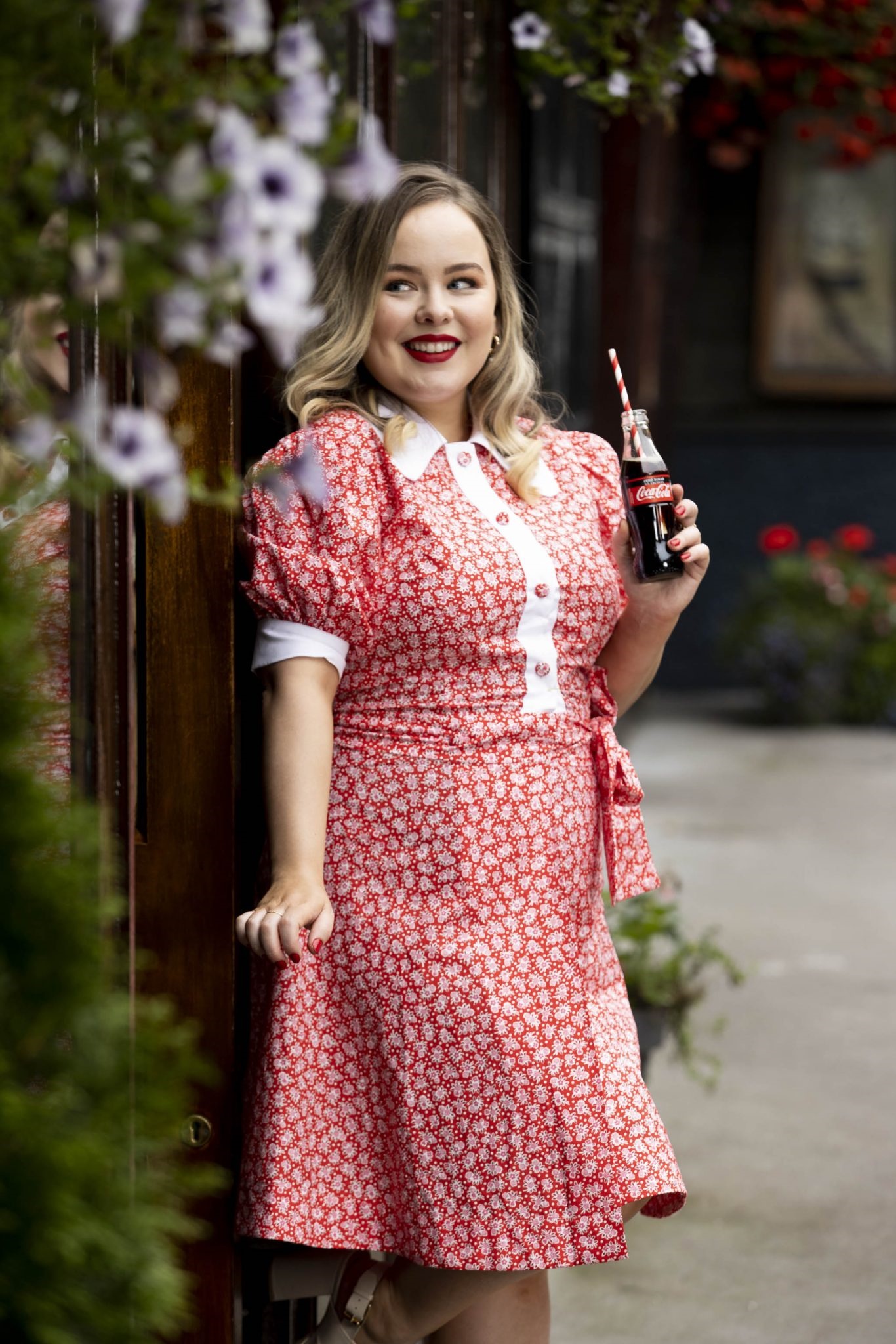 With Derry Girls being such a massive success though, it should come as no surprise that their Great British Bake Off special became such a big hit too. When asked if Nicola will be able to watch the upcoming season, which is due to start next week, or would it bring back too many memories of ‘grilling sponges’, Nicola joked, “I mean there’s a little bit of PTSD involved, I’m not going to lie”.

“Bake Off was a highly stressful but very fun experience,” she added. “I was actually filming Bridgerton for the entire week before we filmed the Bake Off episode, so I had no time to actually practise.”

She also spoke of the trifle she made in the Bake Off tent, which didn’t exactly go to plan. “You know, I actually remade the trifle for my family and they were impressed. My mum’s opinion means more to me than Paul Hollywood,” Nicola gleefully stated.

Most recently though, the actress has been involved with Coca Cola as their media ambassador for their new campaign, This Coke is On Us. This campaign allows everyone to redeem an online coupon which will let them enjoy a free coke, encouraging people to support local bars, restaurants and cafes across the nation, as they reopen after lockdown.

“On Derry Girls we have a little fridge full of Diet Coke that they follow us around with, and ration out throughout the day, as our little treat. So when Coca Cola got in touch I just thought it was a really lovely campaign”.