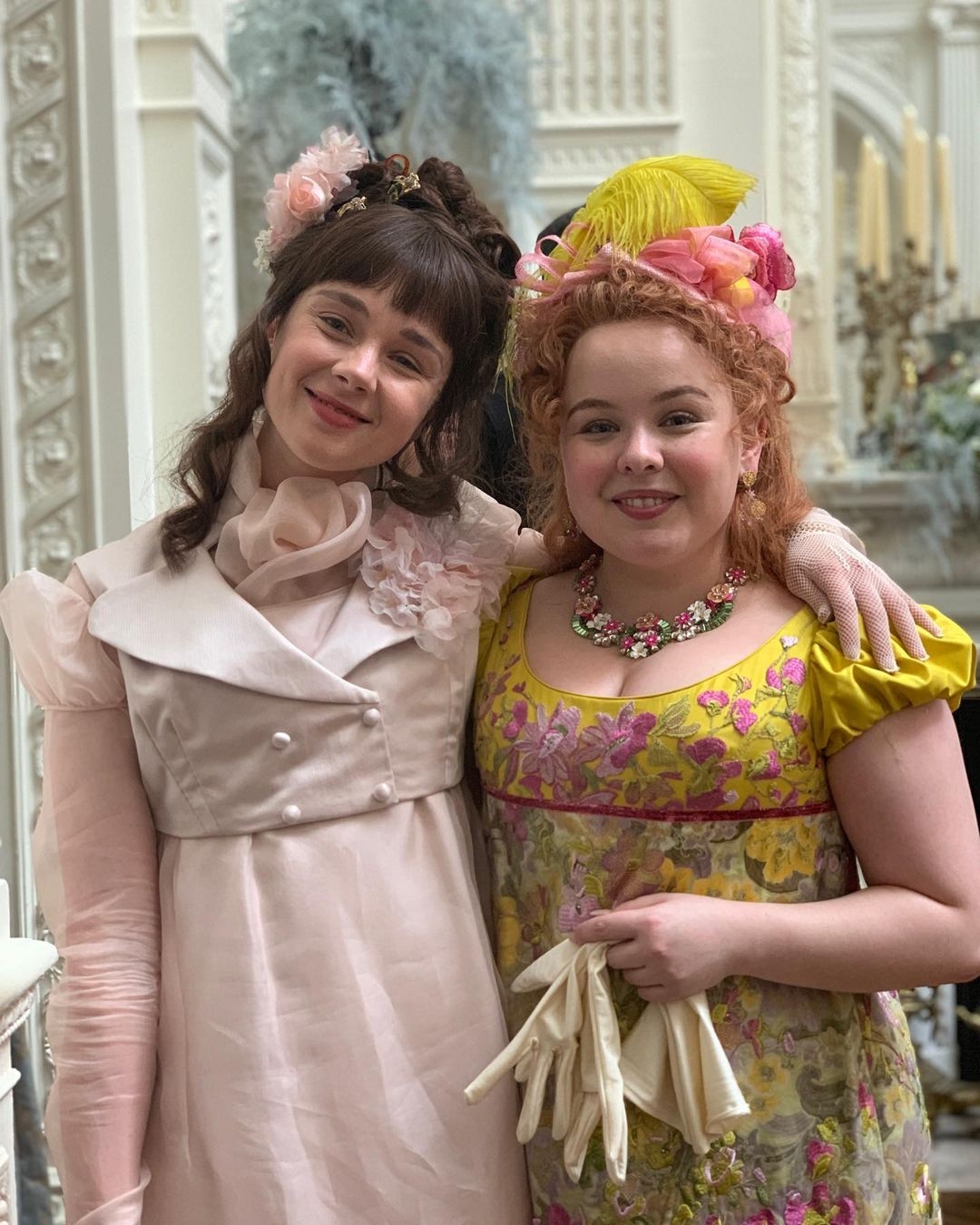 While Bridgerton is mostly focuses on a story about true love and scandal, it’s storyline about two friends just trying to survive the societal pressures of 1800s England is actually one of the most exciting surprises from the series. Actresses Claudia Jessie and Nicola

Coughlan successfully brought to life the friendship between Penelope and Eloise AKA Peneloise in a way that is rarely seen on television.

“They are two sides of the same coin in that they have a lot of the same wants and desires. But then there’s an introvert and extrovert in that balance with Eloise being the extrovert who vocalizes everything. I think what I love about their friendship is there’s equality in their relationship,” Nicola told Seventeen. “There’s never a sort of competitiveness, and I think from it reminded me a little bit of Booksmart in that they’re two super smart, great girls, but they they’re not in competition with one another. They just adore each other and they allow themselves to be who they are.”

“Penelope and Eloise would never really be jealous of one another. Like I can’t ever see them having that. What they are two people looking forward together,” Claudia said. “They’re really sort of hand-in hand, facing forward and I feel like they’re ready for anything like that.”

One of the greatest parts about the Penelope and Eloise relationship is also getting to see the tough times they have together due to the world that they grew up in. 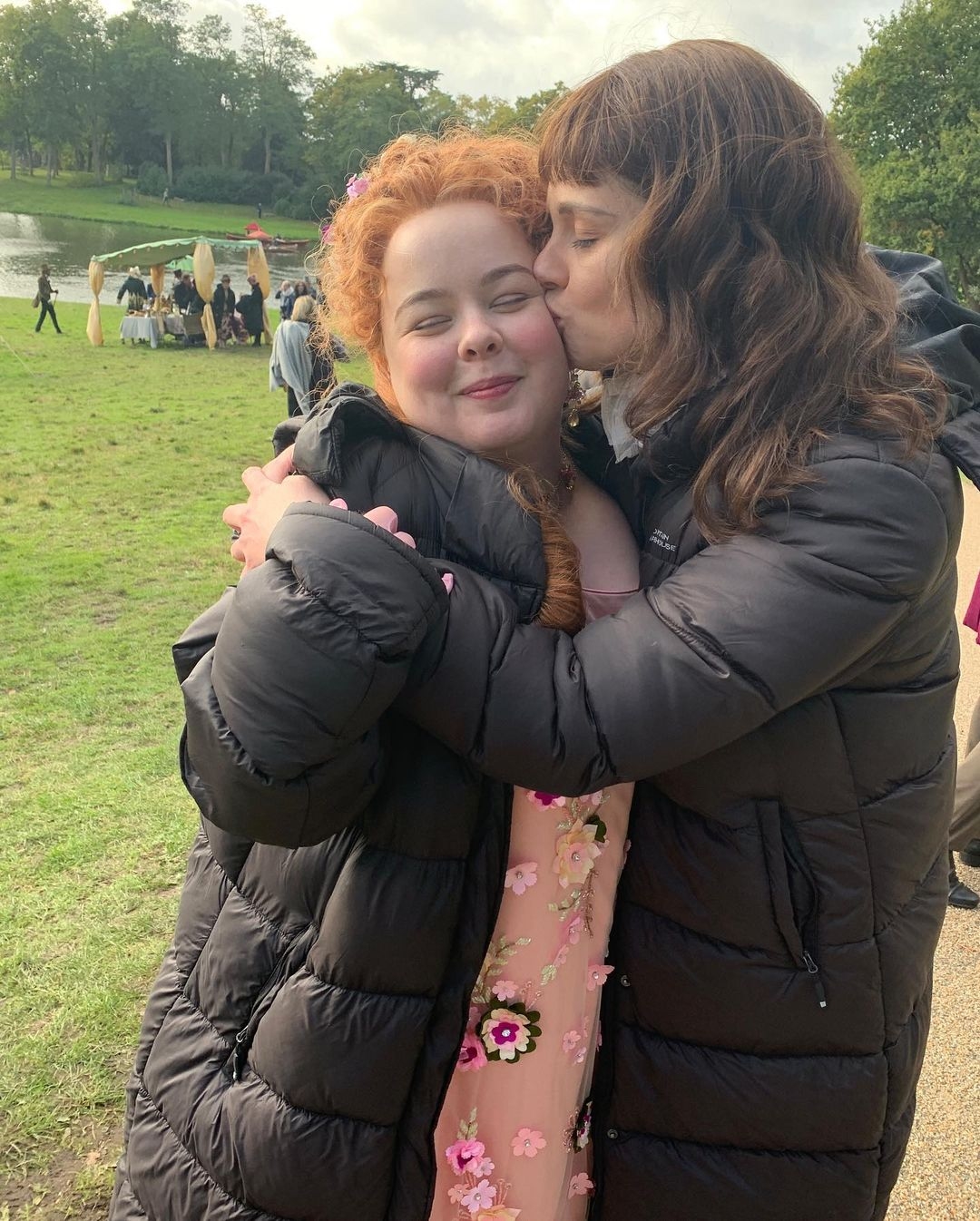 “Whilst it’s a beautiful female friendship, it’s also an incredibly complex one. They’ve grown up together and there are things that are going to change in their friendship. Penelope is in love with Eloise’s brother. I pray for a second series, because there’s so much to come for their friendship, more than just showing sort of a strong female friendship. These are two young women finding their way at such a pivotal age. They’re now entering this like mad, rich, absolutely bizarre set up to dance for your husband, basically. It’s completely bonkers. But they’re doing it together. And that’s really exciting to do, especially with their brains because they’re brilliant.”

If you weren’t hundred percent convinced that Peneloise is one of the most important stories in the series, then maybe author Julia Quinn might convince you.

“We were lucky enough to meet Julia Quinn, who created the the books, and she watched a scene that we filmed,” Nicola continued. “She sat with us and said, ‘You know, this is me. Penelope and Eloise are the two characters that I’m most like. These books are about romantic love, but they’re also about love within female friendships. And this is the friendship that underpins the whole series.’ So to be part of that feels like a very special thing.”

For both actresses, they say that the friendship also extends on-set when they’re out of character.

“Working with Claudia was ridiculously easy. She is the kindest, sweetest person. She’s so open and such a talented actor. But when you feel that comfortable with someone, it lets you be free to experiment and try. We had four wonderful directors on this show too and they were like, ‘We really love Peneloise.’ And we’d say, ‘We love them too!'”

Here’s hoping we all find the Penelope to our Eloise, or vice versa, one day!