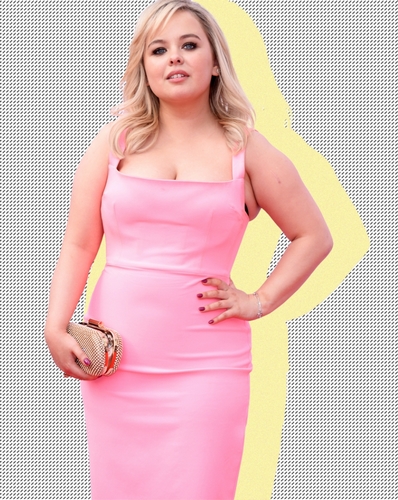 It can’t be easy going to a nationally televised awards ceremony, knowing the eyes of the world are going to be on you.

So we imagine everyone that goes puts a lot of time and effort into finding the perfect outfit and getting ready.

But that still doesn’t stop critics commenting negatively on your clothing, as Derry Girls’ actor Nicola Coughlan found out at the Bafta TV Awards.

The actress wore a fitted pink dress with a square neckline, which the Daily Mirror described in an article as “unflattering”.

Twitter user Katy Sessions pointed out the comments, asking if the paper felt proud of itself for “contributing to the persistent degradation of women”.

Sessions also had a suggestion for the newspaper: “Headline should read ‘talented comedy actress @nicolacoughlan wears dress she likes to BAFTAs’.”

Coughlan also didn’t have any time for the criticism, retweeting Sessions’ post and writing: “I mean incorrect @DailyMirror I look smokin, sorry bout it.”

And, although that would have been triumphant enough, Coughlan didn’t stop there. Following up with a selfie, she told the newspaper that it was “another one for you to print”, signing the tweet off with the kiss emoji.

In the clip, she said: “The Daily Mirror said my dress was unflattering, bitch where? Bitch where? Sorry ‘bout it.”

Her Derry Girls’ co-stars Dylan Llewellyn and Jamie-Lee O’Donnell can also be seen in the clip.

For her unapologetic love of how she looks and her refusal to let others get her down, we salute Coughlan.