Nicola Coughlan: On the Success of Derry Girls 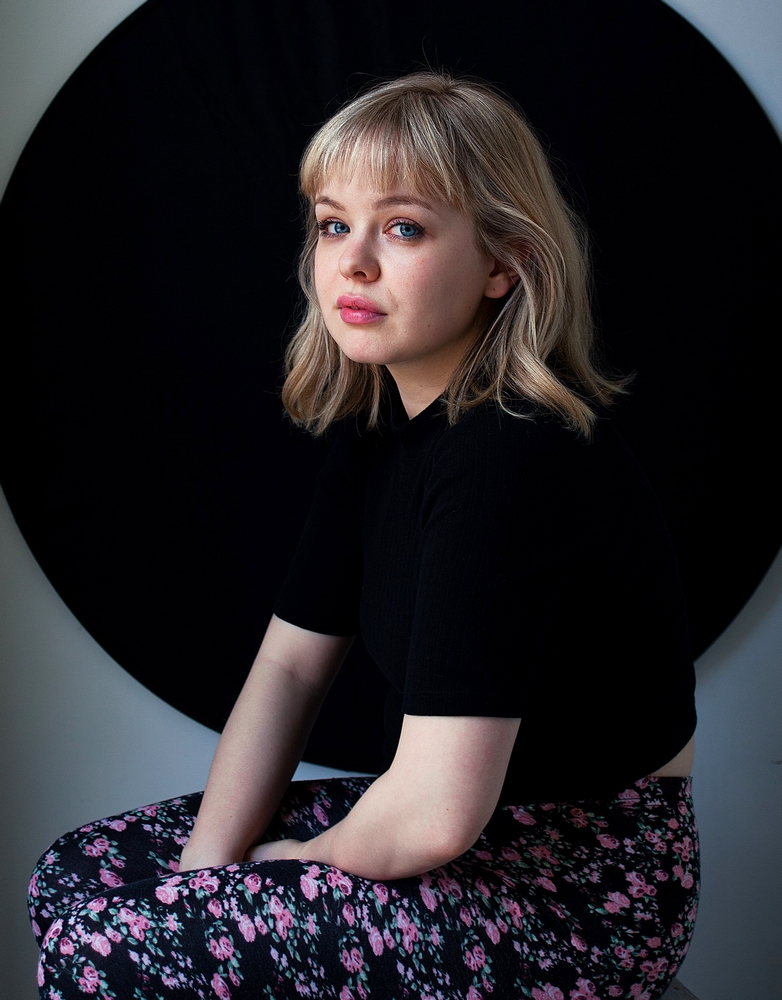 Whether strutting her stuff in a Union Jack t-shirt to Whigfield or coming out as Our Lady Immaculate College’s “wee lesbian”, Derry Girls’ Clare Devlin has proven to be a hero for our – and their – times. Nicola Coughlan talked to Stuart Clark this time last year about bagging her dream role, the series’ other magical moments and rubbing shoulders with Oscar nominees.

They can go through the pretence of nominating other shows, but we all know that in 12 months time the IFTA and BAFTA committees will both be giving their ‘Best Comedy’ awards to Lisa McGee and Derry Girls.

Not since Edmund, Baldrick and George went over the top (both figuratively and literally) in Blackadder has a sitcom had you laughing like a hyena one moment, and sobbing uncontrollably into your Kleenex the next.

Having got more unmissable by the week, Derry Girls signed off with a season finale that will linger long in the memory not only for the closing image of Erin’s family watching in gape-mouthed horror as news of a fatal bombing breaks on TV, but also for Clare’s coming out as “the wee lesbian” whose anonymous ‘Suffocation: The Secret Life Of A Gay Teenager’ confessional has ended up in the school magazine.

“It’s wild and so lovely to be getting messages on Twitter from young gay teens saying it really meant a lot to them seeing that representation,” enthuses the actor playing Clare, Nicola Coughlan, whose flawless Bogside accent belies the fact that she’s actually from Galway.

“It was scary to film because the coming out scene was just Saoirse, AKA Erin, and I and I didn’t want to get the tone of it wrong,” Nicola resumes. “A lot of my friends are members of the LGBT community so I was able to talk to them about it. ‘How did you come out and what was the reaction?’ I have an obsession with drag queens, I think they’re just heroes and icons and amazing. I took it super seriously and it’s been lovely to have that feedback from these young kids saying it feels true to them.

“I knew from my first audition that Clare was gay, and it was weird because I had no idea the other girls didn’t know. They had no idea until they got the script for the sixth episode. They were like, ‘Oh, are you surprised?’ and I was like, ‘No, I’m not surprised at all!’ It definitely informed my playing of Clare – that’s why she’s so on edge all of the time. The brief of the character is that she’s gay but hasn’t really admitted it to herself yet.”

Clare coming out is even more significant in Northern Ireland where the DUP’s Neanderthal mentality means that same sex marriage is still illegal – something Nicola has highlighted through her online support of the Love Equality NI campaign.

I just don’t understand what people’s problems with gay marriage is. It’s not like they’ll be legally obliged to enter into one themselves if the law’s changed.

“I read the sixth episode when Jamie-Lee who plays Michelle was in for a costume fitting, and got complete chills when I reached the last scene, which is just so perfectly written. Granda Joe placing his hand on Gerry’s shoulder… oh my God, I’m tearing up thinking about it! It was so exciting and terrifying as well because you’re thinking, ‘We’ve got to pull this off!’ Our director Michael Lennox, who’s been BAFTA and Oscar nominated, made the whole thing look beautiful. I cried the first time I saw Louisa, who plays Orla, dancing to ‘Like A Prayer’. She did it so brilliantly and your heart just breaks for her. It’s this mixture of silliness and seriousness.”

Lending even more poignancy to Derry Girls’ final scene is its soundtracking by ‘Dreams’ which Lisa McGee, a huge Cranberries fan, picked out almost a year before Dolores’ tragic death.
“I think she passed just after the first episode went out,” Nicola notes soberly. “I’d thought, ‘Oh my God, that’s the perfect song!’ when ‘Dreams’ originally featured in the trailer. I didn’t know it was going to be used for the closing scene as well until I watched the finished episode in London with some of the others. It was very emotional.”

Tom Vaughan-Lawlor made the point last year that some of the worst atrocities to arise from The Troubles were the films about it.

“Yeah, that whole ‘Troubles porn’ thing,” Nicola winces. “Lisa said she never really wanted to write about The Troubles because for decades that’s all you heard about Northern Ireland. I remember going up to visit my best friend’s nana in west Belfast when I was 15 and thinking, ‘Actually, it’s a cool city.’ There were gigs going on and a shop called Cult, which had skater gear, so, war or no war, I’d have happily moved there from Galway. What immediately struck me about Derry is that they have their own really special type of humour – and accent! For the first week Dylan, AKA James, and I didn’t have a clue what people were saying to us. Jamie-Lee, especially, talks so fast but you quite quickly start to tune in. There were a couple of insulting articles before the show came out saying, ‘Nobody’s going to understand the accents’, and I thought, ‘Seriously, like?’ If something’s funny enough, people will make the effort to get past that. There’s clearly an appetite out there for shows that aren’t set in an office in London.”

Is Nicola worried about the responsibilities that come with Clare now being a fully fledged gay icon?

We’ve gotten a couple of messages from young teenage girls who’ve become really emotionally invested in Clare. It’s hard because you want to be as supportive as possible, but at the same time you need to say, ‘I’m just an actress in a show and I’m not fully equipped to help you along on your journey.’

“It’s tough but I do so appreciate the love and support the show’s been getting. Channel 4 were expecting the audience for the first episode to be 500k, but with the streams and everything it’s nearly four million now. That’s Croke Park filled, what, 40 times over. It’s really hard to get your head around that.”

Asked who her own comedy heroes are, Nicola immediately replies, “I loved Blossom! She reminds me a bit of Erin; a real feminist with strong opinions that no one, least of all adults, can budge. I’m a big Modern Family fan as well, but my all-time favourite sitcom, again to the point of obessesion, is Arrested Development.”

Has she met the real Derry Girls yet?

“As you probably know, Erin is based on Lisa, so we’ve met her! We’ve also met the real life Michelle and the real life Orla who are very like Jamie-Lee and Louisa’s TV portrayals of them. We all felt truly star-struck. I haven’t met Clare yet, but apparently she came to the first screening in Derry and was like, ‘Am I the wee crying one? I wasn’t that bad… was I?’ and everybody shouted, ‘Yes!’”

How did Nicola’s own education compare to the one she’s receiving at Our Lady Immaculate College? 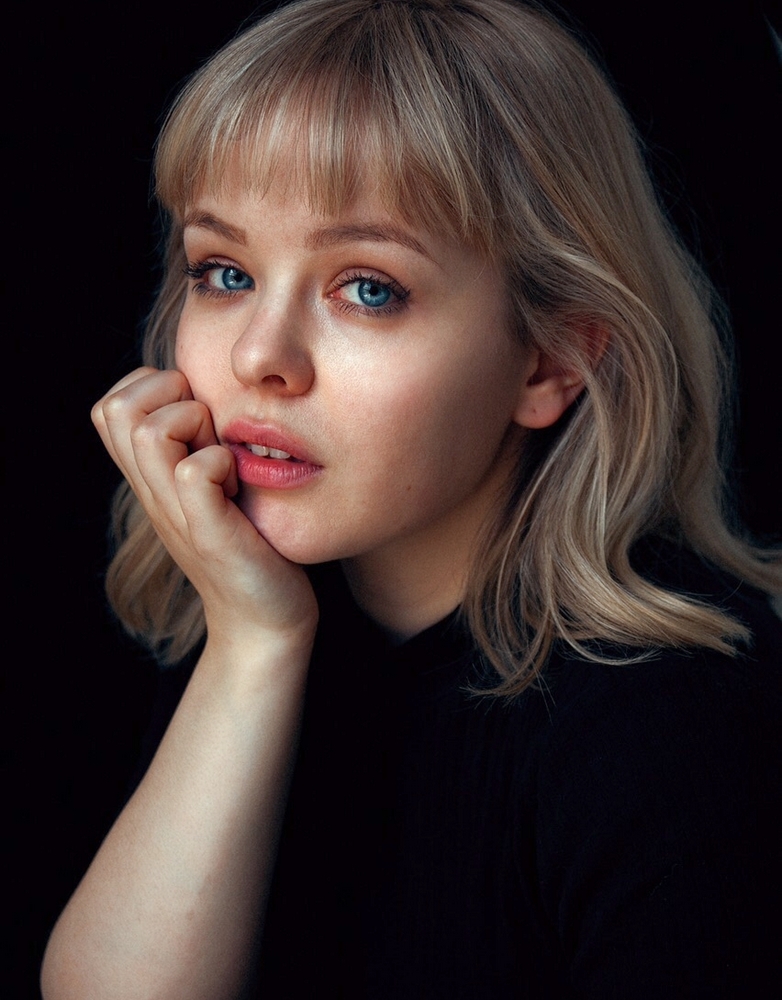 “The female friendships are very similar to the ones I had in my teens. I was a real Erin in school. I was the one who wanted to be an actor and was always pushing my friends into making movies with me, and doing all this ridiculous stuff. I went to a mixed-gender senior school but my primary was all-girls and we had the mad nuns and stuff.”

When did Nicola realise that she was part of a show that drunken people will be badly misquoting for decades to come?

“It sort of happened in dribs and drabs,” she reveals. “I knew from the first read that it was a 10 out of 10 script, but then there was a six month audition process, which is the longest I’ve ever been through. Saoirse was the first one I met. We did what they call a ‘chemistry read’ in London where they swapped us in and out with other girls who were up for the parts of Clare and Erin. They wanted to see who fitted best. My first thought was, ‘Oh, she’s so pretty!’ and my second, ‘Wow, what a talented actor. If they give her Erin and everybody else is as good as her, it’s going to be some show!’ Siobhan McSweeney and Ian McElhinney getting cast as Sister Michael and Joe were big deals because they’re such serious heavyweight actors, and we were all like, ‘What!?’ when we heard Tommy Tiernan was playing Gerry. Tommy lives next-door to my uncle in Galway, although I’ve never met him there.
“When the filming started I knew individually that the scenes were very funny, but because they’re shot out of sequence you don’t know how they’re going to bolt together. For instance, we shot the coming out scene the first week, and the last one we did was us being called to Sister Michael’s office for the first time. It’s all over the place.”

Derry Girls was a fast shoot – it was a rare day that they didn’t spend 14 hours filming – and would have been even faster if certain people hadn’t kept dissolving into fits of giggles.
“The day we did the scene with Father Peter in Sister Michael’s office – she’s just as big a legend in real life by the way! – Lisa McGee was like, ‘Ah Nicola, come on!’ because I kept cracking up. Clare was supposed to be hyped up on caffeine, but I was properly delirious from tiredness and the mid-summer heat and couldn’t stop laughing. I was in constant fear of getting fired through the whole thing because I kept on corpsing.”