Derry Girls: ‘We’re doing it for peace. A piece of fine Protestant ass’

As the comedy smash hit returns, the cast and creator look ahead to what’s in store 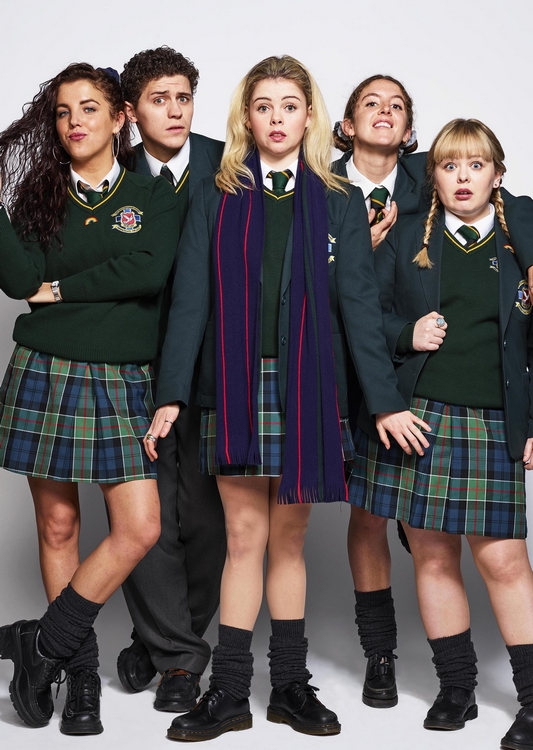 By any measure the first series of Derry Girls, the whip-smart sitcom about four girls and a transplanted English boy grappling with teenage frustrations in Northern Ireland during the Troubles, was quite the success.

The first episode pulled in an impressive 1.6 million viewers, and by the time the season ended it was Channel 4’s biggest comedy launch since Ricky Gervais’s Derek, in 2004.

Abroad, it found an enraptured audience in the United States via Netflix – the Hollywood Reporter’s reviewer declared it her favourite comedy of the year. More tellingly, precisely no one was baying for the blood of the show’s creator and writer, Lisa McGee, as they might have with a lesser comedy about a tense civil war that lasted 30 years.

Instead it was Northern Ireland’s most-watched series since modern records began, in 2002, uniting almost everyone in the realistic ups and downs of life during the Troubles.

So when it was time for series two, no wonder McGee, whose previous work includes London Irish and Being Human, initially froze. “At the start I was drawing a blank. I felt I was all out of ideas,” she says.

“Then I realised I was just going to have to start writing. It had to happen. Once I started, eventually I got the ideas, and then the writing and the scripting fell into place. You always get there eventually.”

Delivered by the main cast of Saoirse-Monica Jackson (Erin), Nicola Coughlan (Clare), Jamie-Lee O’Donnell (Michelle), Louisa Harland (Orla) and Dylan Llewellyn (James), plus support from heavyweights such as Ian McElhinney, the group are up to their high jinks; the first episode features the group taking part in an outreach programme with Protestant boys.

“We’re doing it for peace all right,” Michelle says, mocking Erin’s white lie. “A piece of their fine Protestant ass.” Later in the series there’s a family wedding in the Quinn household, and the girls have an outing to a prom.

Talking to Jackson, Coughlan, Llewellyn and McGee between the Derry and London premieres – O’Donnell and Harland are absent as they both have acting commitments – it’s barely a surprise that they’re in high spirits.

The Derry screening was a particular highlight, partly because of the 3m-high mural created in their honour, partly because it contrasted with the first season’s launch.

It was insane, in the nicest way possible. It was so different to last year, [when] 60 of us showed up; it was really quiet, because we were totally unknown actors and an unknown show. The difference in a year is unbelievable.

“This time started at 10am, did press until about 4.30pm, had a half-hour to get ready, the red carpet was all mental, and then more interviews, and then the screening and then a Q&A and then a fancy dinner with cream horns. It was mad. It was very surreal.”

And the good word has spread farther afield; they report Derry Girls fans in Cuba, Singapore and Brazil. “And I got a message from a girl who grew up in the Kashmir region, and she said that it reminded her of her situation growing up, and that’s something I never expected to hear. When we first started it I thought it’s so Irish and it’s so specific, but it’s amazing what people relate to. It’s mind-blowing for us, but even more so for Lisa, because it’s her baby. I suppose the theme of growing up is universal.”

Leaving aside the nostalgic soundtrack, believable characters and endless harmless insults, that is indeed a key reason for its appeal. The trials and tribulations of these flighty, flawed teenagers transcend the borders of Derry.

Seeing the Troubles on the screen has, however, helped bring it to the forefront of our minds – a fitting and gentle reminder of why the Belfast Agreement needs to be honoured as Brexit draws ever closer. 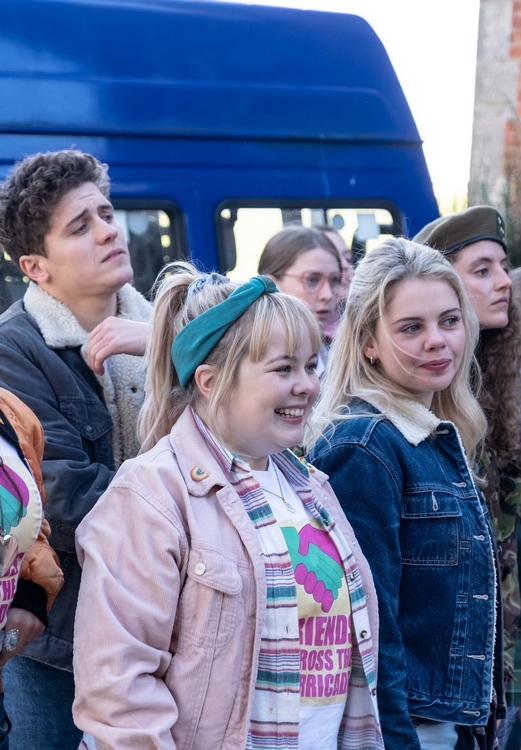 “It’s very depressing to see it could go back, especially considering how far Northern Ireland has come since then, but I hope they won’t,” Coughlan says. “I’m glad it’s shone a light on it, as it’s not taught in English schools, which I find so wild, because we’re next-door neighbours and we have a shared history.

“But I’ve seen on Twitter that people watch the show and say they fall down Wikipedia rabbit holes finding out about the Troubles. I think it helps that it’s not like a drama; it’s not rammed down people’s throats. People are finding out about it of their own volition.”

After the poignant end of the last series, when a bomb explosion was enough to bring even Granda Joe (McElhinney) and Da Gerry (Tommy Tiernan) closer, this series moves towards a call for peace in Northern Ireland.

The end of the series is still under wraps, but it is purported to feature Bill Clinton’s visit in 1995. And while things look brighter in Derry for this season, the same can’t be said for our crew of tearaways.

“They try to grow up but don’t succeed,” Lisa McGee says. “They’re all very different, so they approach these new situations with their own take. But I always want them to be losers and not cool. So there’s a few failed attempts at romance, and a couple of moments where it just doesn’t work out for the guys. Even though they’re all so different, they’re just not going to get the hot boy or the hot girl. It’s just not going to happen.”

That’s especially a travesty for Coughlan’s character, Clare, who came out to Erin in the action-packed ending of last series.

“I took that scene really seriously,” Coughlan says. “We did it at the end of first-week filming, so we were just finding our feet then and didn’t know how it would turn out. I wanted it to be funny, but I didn’t want to make a mockery, because people are struggling with their sexuality, so it was such a difficult balance.

I think people will be happy with how Lisa has progressed her. That’s what I love about how Lisa writes. In most other shows it’s like there’s a gay one, there’s a popular one; they’re one-dimensional, and they skimp on fleshing the characters out, but none of the characters on the show are like that, and Clare is a fully rounded human being.

“Cathy Prior, who’s our costume designer, organised rainbow badges for us, so it’s clear that she’s supported but in a very Derry way, where it’s, like, ‘We’re there for you, but we’re not going to tell you you’re great’.”

For Michelle’s English cousin, the beta male James, well, he’s not going to become the de-facto leader any time soon. “He still gets mildly bullied,” Llewellyn says with a grin. “But it’s a tough love, especially from Michelle. I feel like the girls can pick on him but, if anyone else does, they’ll have his back.”

And for Erin, the self-righteous anti-hero, there’s plenty in store. “Erin has grown up a wee bit, but she’s gotten braver this season,” Jackson says. “She still wants to be a writer; she has an inspirational teacher. Overall, she’s become braver. And the whole series has become braver. We start with a bang, meeting Protestant boys. We’ve established our characters now, so it’s about telling their stories a bit more.”

There are also new additions to the stellar cast, whose pin-sharp supporting characters, like Sr Michael (Siobhán McSweeney) and Aunt Sarah (Kathy Kiera Clarke), make the show come to life.

As well as the already announced Ardal O’Hanlon – “It was a dream come true, as everyone’s a fan of Father Ted,” Jackson says – there’s Philippa Dunne of Motherland, who plays Clare’s mother, Geraldine; Jay Duffy (Keith from Boyzone’s son); and Brenock O’Connor, best known as Olly, the boy who killed Jon Snow in Game of Thrones.

There’s also a cameo from a star yet to be revealed – and if the rumours are to be believed, it might well be Nadine Coyle, of Girls Aloud.

As for the future of the series, the subject of teen traumas means it can run only so long. “We’ll have to see if they commission more first, but Derry Girls is about them being at this very certain point in their life, and you can’t keep them 16 forever,” McGee says.

“There’s definitely one more series in it. I have an end point I’d like to get to. I just haven’t figured out how to get there yet.”