“NORTHERN Ireland made me one of their own, so it’s my turn to fight for them” — says Derry Girls star Nicola Coughlan. 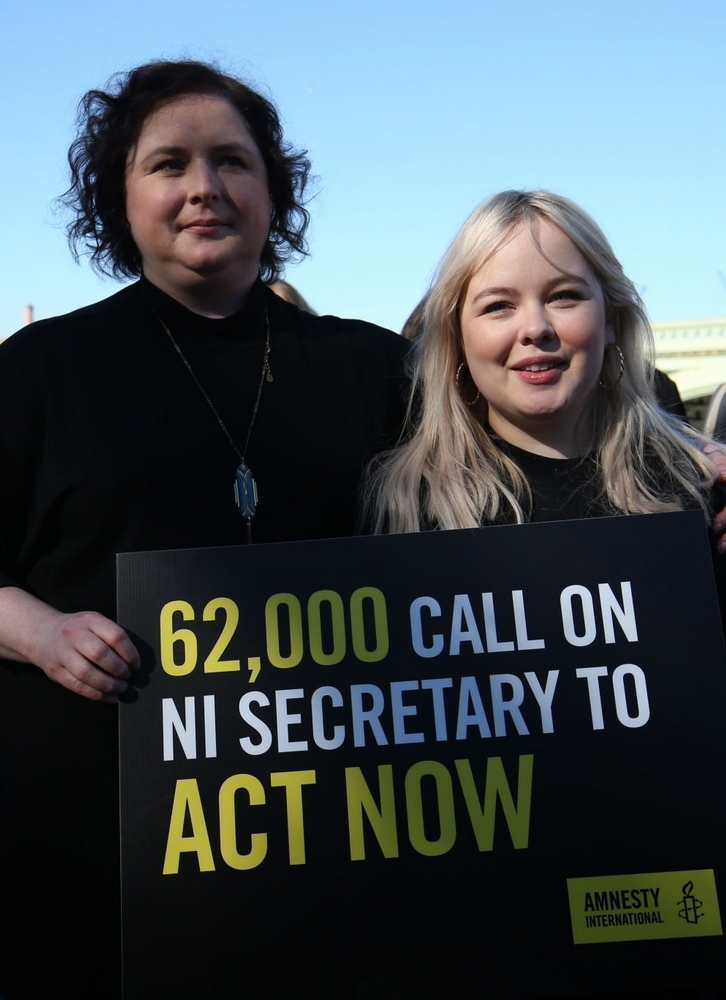 Best known for playing Clare Devlin in the hit TV show, off-screen Nicola from Galway has become an activist for causes in need, with a big focus on the North.

And she was among the thousands of people who marched outside Westminster in London last year to demand the ­decriminalisation of abortion in Northern Ireland with castmate Siobhan McSweeney who plays Sister Michael.

Speaking to the Irish Sun just over a year after Repeal was passed in the Republic, Nicola said it is time for the same to ­happen to the six counties.

She said: “I think people seem to forget about the North but I think it’s important — the people of Northern Ireland have taken us in so much and made us feel like one of their own so I feel like we need to repay them back and say, ‘we see you’.

“That’s all we can do, we’re just actors. We said how ridiculous it is that a nun and a schoolgirl off the telly are marching on Westminster, it’s hardly the thing we want to be doing but it feels like the right thing and we are helping represent Northern Irish women. They need to be represented and helped and know that their voices are being heard.”

While abortion is legal in most of the UK, that right does not cross over the water to the North of Ireland.

As it stands legally, you can only have an abortion there if the mother’s life is at risk, or there is a serious risk to her mental or physical health.

Pregnancies in cases of rape, incest or fatal foetal abnormalities are illegal.

Every week 28 women travel to England or other parts of the UK for a termination.

There are no figures yet to say how many travelled to the Republic to have a procedure since the Repeal the 8th laws came through in January.

Galway girl Nicola delighted fans when she revealed she picked up her accent for the show by copying Nadine Coyle’s infamous slip-up on Popstars, where she let slip her real age instead of the age she had pretended to be to appear on the show.

Derry Girls is one of the biggest shows at home and across the water, and season one has been picked up by Netflix in America. 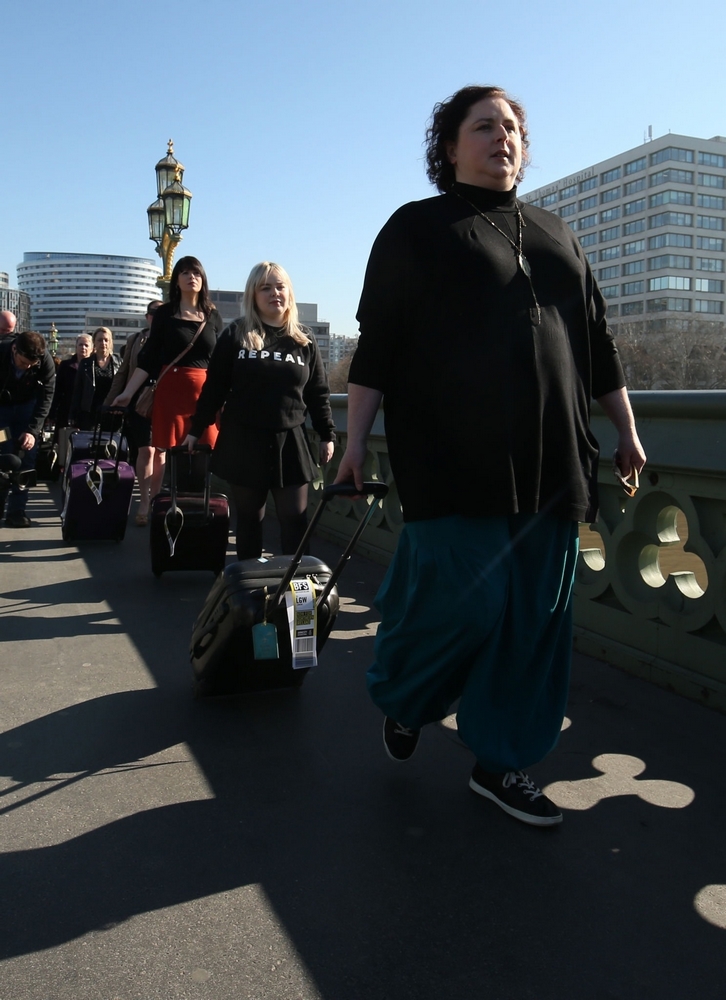 It follows four teenage girls, and their English friend James — who has been sent to an all-girls school as he would be bullied for his accent at the nearby boys school.

Set in the Nineties, it follows their normal teenage drama like crushes and school, while surrounded by fighting during the Troubles.

Despite playing a teen on the show, Nicola is actually 32, and joked while it got her the role she loves, “I still get ID’d everywhere I go so it’s not that great sometimes.”

Now one of the most recognised faces in the country, she recalled shooting series one just two years ago and no-one knowing who she was.

Speaking at the Universal ‘What If’ Garden at Dublin’s Bloom Festival, inspired by the new film Yesterday, she said: “I saw a photo, it came up on my Instagram the two of us going out in Belfast and we were in this nightclub called Boombox and people were asking me to take photos of Dylan because ‘he’s Jono from Hollyoaks.’ I was telling them we are filming a TV show and they were like, ‘oh OK.’”

Her character Clare is one of the most loved on the show, and at the end of season one, came out as a lesbian.

Nicola told the Irish Sun that writer Lisa McGee wanted to include a gay character but she doesn’t know if the positive response Clare has had would reflect real life in ­Ireland at the time.

Nicola said: “Lisa said she wrote about Clare’s coming out with really rose-tinted glasses on because she doesn’t know if Clare came out in 1994 in Derry would she have had that response but she wanted to show a positive response.

“Because a lot of LGBTQ stories on television can have this tragic tilt to them and it’s very rare you see even a gay person on television being celebrated for just being who they are, I think it’s so lovely that she’s chosen to do that, it feels really important that she has.”

Eagle-eyed Twitter fans spotted that the other characters; Michelle, Erin, Orla and the Wee English Fella James, had added rainbow pins to their jackets after Clare had come out.

Nicola said she was delighted at the tribute, and said: “It’s small but important.” And the actress said while series three is still in the works, there is hope that Clare will find love.

I hear that so much . . . it’s so nice. Online there’s a huge amount of love there, we want Clare to get a girlfriend but I don’t know. I am just so excited because I think there is so much still to be done with these characters.

Introducing a gay character to the hit show is even more poignant as same-sex marriage is illegal in the North, once again separating it from the rest of the UK and also from the Republic. For gay couples who have marriages outside Northern Ireland, they are recognised as civil partnerships within the six counties.

And as the DUP continue to veto any moves to change this, it looks unlikely to be passed any time soon.

So for Nicola, she said while it is just a small part of Clare’s character, it meant a big deal to fans.

She added: “I had so many messages saying how much the representation meant to people, and I think the LGBT community in Northern Ireland are so underrepresented at the moment that all I can do is try and shine a spotlight on what they are doing. I visited an amazing charity called the ­Rainbow Project and saw how much they are doing with so little funding.

“But that’s all I can do is just try and shine a light on it, because the representation is important but also fighting for them and fighting for equal marriage is really important too.”

Season three of the show has now been commissioned by Channel 4 but fans have a wait ahead of them to watch it as creator Lisa has only started writing it.