An empowering lesson in determination

It’s noon on a dreary London morning in North London as Nicola Coughlan – a ray of actual sunshine – enters a café littered with so many plants it feels like we are in Charlie Dimmock’s green house. The ‘alternative’ London setting is far removed from the mid 90’s troubles torn Ireland that is the setting for Derry Girls the show that catapulted Nicola to fame.

As a borderline neurotic schoolgirl, her character Clare has to navigate ‘coming out’ and the calamitous behaviour of her four friends – most notably faking a miracle with the second coming of pet dog, Toto. Yes. Really. It’s Nicola’s epic characterisation and gift for comedic timing that makes these scenes come to life – the second season showed earlier this year on Channel 4 and later, Netflix – and she is certainly a candidate for comic performance of the year. After all the show is so funny, I have only been able to visibly watch 2.5 minutes of each episode, due to my tears of laughter.

As Nicola recalls to me being fan girled by crying people on the streets of New York and messages from as far afield as Pakistan, this will seem like an example of ‘overnight success’ but the opposite is true. Just over two years ago, Nicola, now 32 years old, left a part time job at an optician in her hometown of Galway to move back to London to star in Jess and Joe Forever at the Old Vic, after answering an open casting call on Twitter.

“Before that I had a really tough time,” Nicola bravely shares. “I had to move back home to Ireland from London. I hadn’t had an audition in about a year. I had no money in my bank account, so I had to move back in with my parents. I was so depressed, and it was so hard. It was a very slow recuperation from that.” 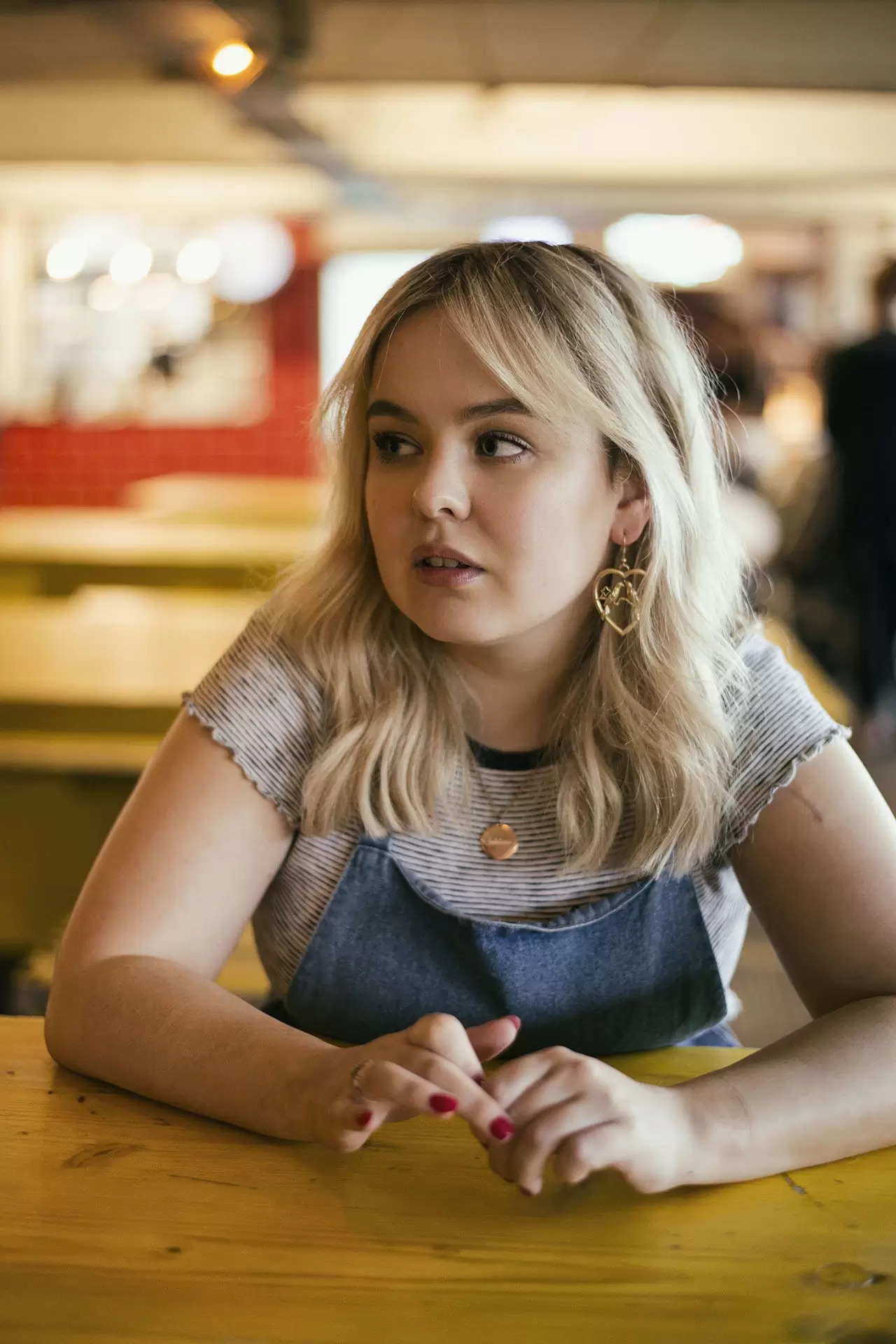 “I couldn’t get out of bed. I felt like I failed at everything. I felt like I had nothing, and I had let my family down,” Nicola continues with tears in her eyes as she looks back at one of the hardest parts of her life. “You think all these terrible things about yourself and that was made worse because I had taken out a loan and I just kept thinking about being in financial debt.”

“If I wanted to go for coffee, I needed to ask my parents. I was like, ‘I’m 28, I’m too old to have done this!’ I started to think – and it’s such a dangerous mindset – that I didn’t want to be around people because I didn’t want to make them feel down. I thought if I went out with my friends, I’d be the worthless person in the corner but that’s such a dangerous way of thinking.”

Strong support from her family and friends helped Nicola turn her life – and crucially her mindset around. “There wasn’t one thing that turned it around for me – I got myself out of that stage very slowly. It was my family being amazing and my sister literally pulling me out of bed and making me go for a run. Stuff like that gave me a sense of purpose again and that there is always a light at the end of the tunnel.”

Crucially the experience taught Nicola about the importance of talking. “People have such kindness. Everyone needs to know they’re loved. There is always someone out there who cares about you, just reach out. They will be there if you need help. It’s so important to talk. We need to stop the stigma. A couple of years ago I wouldn’t have talked about it but I’m not ashamed at all. I could certainly feel that way again.”

The more open we are, we realise it’s not unusual and there’s a way out of it. It’s so easy to think you’ll feel like that forever.

It’s all too clear that aside from being extremely talented, Nicola is a brave human who despite all the obstacles in her way she has never given up. Sitting opposite Nicola and listening to her story it reminded me also about the importance of talking and crucially listening.

One topic Nicola is also vocal about is the charged topic of body image. Earlier this year Nicola took to Twitter to hit back at The Daily Mirror for labelling her dress for the TV BAFTAs as, “not the most flattering.” Her response? “I mean incorrect @DailyMirror I look smokin, sorry bout it.” Now that’s a clap back that deserves ALL the claps. 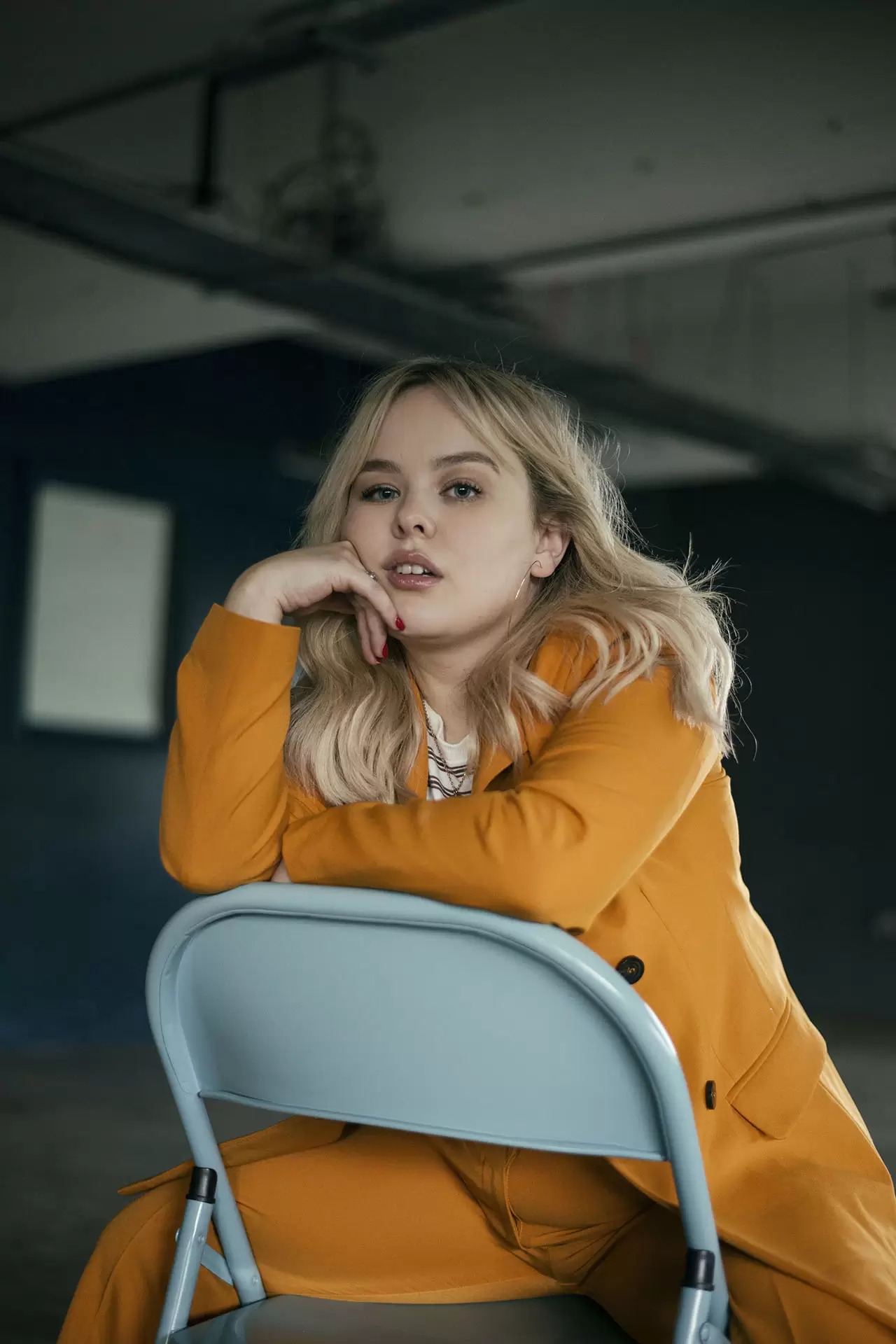 The comment came after Nicola penned an essay hitting back at a theatre critic for calling her an ‘overweight little girl,’ in The Prime of Miss Jean Brodie at The Donmar theatre. Ultimately Nicola posed the question, “what about my acting? I’m very lucky to get to use my body to become all these fascinating women. But the prism through which my body is viewed is inescapable.”

How does she feel about her own relationship with body image, now, I wonder after unintentionally becoming a spokesperson for positive body images? “It’s super complicated,” Nicola replies instantly. “I wasn’t prepared for people to take ownership of my body and I don’t agree with it. At the BAFTA’s, people were like, ‘this actress is standing up for body positivity.’ I wanted to pause that conversation for a second. I’m in a show, there’s five of us, we all went to the same event and dressed up nice, so why was it about me? People were projecting that onto me. Your relationship with your body is so personal and it’s ever-changing.”

“Some days you could feel amazing and others you feel like a piece of sh*t,” Nicola continues. “I don’t feel ready to be a beacon for all this because I’m not confident all the time. There is also so little relation to what I do. I own my own body and no one else does. I hate how its projected onto me. When I spoke out against that reviewer, I got so many messages from people saying, ‘I’ve had the same thing and haven’t said anything.’ People think they can laud it over us but no, they can’t. I’m not ready to be bullied about it.”

Ultimately Nicola’s body has nothing to do with her many talents and it’s almost her lack of self-awareness about how talented she actually is that makes her so endearing. “When I got cast in Derry Girls, I couldn’t see why they had. I said, ‘are you sure you’ve not made a huge mistake.’”

“On the first day of filming Derry Girls I felt terrified and I just kept thinking I was going to get fired, we all felt like that. None of us could believe our luck,” Nicola tells me. “The very first thing we shot was in series one when we were in the chip shop with Katya, the Russian exchange student. I remember us sitting at the table and being like, ‘what do we do?’ It’s funny because I watch it back and could see none of us were as confident in our performances as we were at the end.”

Now Nicola is swapping her school uniform for regency dress in Shonda Rhimes’ – the genius behind Grey’s Anatomy and Scandal– latest Netflix series, Bridgerton which centers around a family in 19th century England. Plot spoiler: it involves lots of Balls, dashing love interests, some sibling rivalry and wait for it: JULIE. ANDREWS.

“It’s been mental,” Nicola tells me about the experience of joining the hotly anticipated costume drama where she plays Penelope Fetherington one of the eight close knit siblings – who much like Nicola herself – is full of wit. “What people don’t realise is as an actor, there’s always times you’re out of work. I finished series two of Derry Girls in November and then I just started filming Bridgerton in July, so I didn’t have a full job. I started auditioning and was getting rejected. But I don’t let it get me down, because that’s just the way the cookie crumbles.”

“I was asked to do an audition tape to send in for Bridgerton and I didn’t think anything of it as at the same time I was in the final stages of a rom-com I didn’t get. When my agent called me after sending the tape, I thought it was another thing I screwed up, but they literally just offered me the job from the tape! I was so confused. It was terrifying but amazing and the cast were brilliant.”

Whilst filming is in full swing, Nicola is yet to meet Queen Julie Andrews herself. “I am going to meet her next month,” she says brimming with excitement. “I don’t want to be weird. It’s going to be mental! The scale is huge. It’s an incredible show. There’s a 7 million-pound costume budget. Our house is number 1 on the Royal Crescent in Bath – it’s pretty boujee! The other day I got bollocked for sitting on a seat that was 1000 years old. Someone said to me ‘it was made in Sweden’. I don’t know what that means. I don’t understand!” You can take the girl out of Derry, but you can’t take the Derry out of the girl.

Nicola may be collecting credits to add to her IMDB right now, but the real thing she is interested in collecting is the phone numbers of the Queer Eye cast. “I’m getting them like Pokémon!” Nicola laughs, but really this is no laughing matter.

In the words of Gabrielle, ‘dreams really do come true,’ and as I hug Nicola goodbye, I can’t think of anyone, who deserves their dreams to come true more.