Nicola Coughlan has revealed that she received the news that she had been cast in Derry Girls, five days after the death of her father. 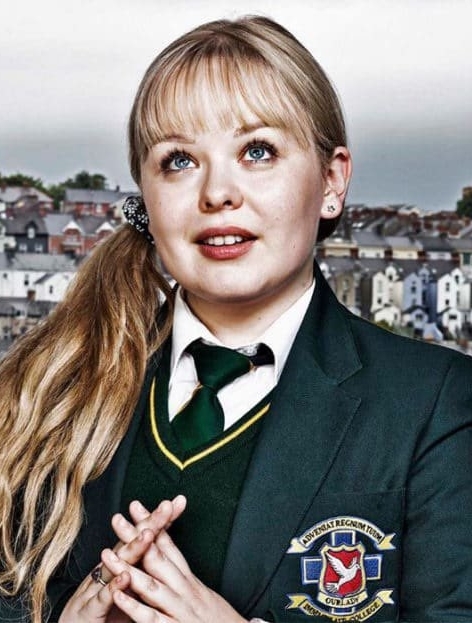 Coughlan, who plays Clare in Channel Four’s hit comedy series proved to be a fantastic addition to the show.

Many were shocked to learn that she is not a Northern Irish teenager but really a 31-year old Galway native.

Check out our other article where we reveal how old the cast of Derry Girls really are.

Coughlin revealed in an interview with Hot Press magazine that she lost her dad just days before landing this huge role:

“My dad passed away five days before I found I’d got the part of Clare. He knew I wanted the role more than anything I’d wanted before, so he’d have been thrilled for me.”

In the final episode it is revealed that Clare is a lesbian and Coughlin felt a bit of pressure representing young gay teenagers in Ireland. She said:

“It’s wild and so lovely to be getting messages on Twitter from young gay teens saying it really meant a lot to them seeing that representation.

“It was scary to film because the coming out scene was just Saoirse, aka Erin, and I and I didn’t want to get the tone of it wrong.

“A lot of my friends are members of the LGBT community so I was able to talk to them about it. ‘How did you come out and what was the reaction?’ I have an obsession with drag queens, I think they’re just heroes and icons and amazing.

“I took it super seriously and it’s been lovely to have that feedback from these young kids saying it feels true to them.”