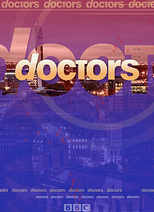 Jimmi helps a teenage runaway, who has been drawn into a dangerous sexual situation. She's fainted in the police station, but can he help her realize that there's no place like home? Heston's humiliation is complete when he confirms Kevin's accusations are true by walking into the Mill covered in blood, and news of his ordeal spreads. Mrs Tembe goes round to his house to try and help him. Karen makes a mistake that puts their new house at risk.